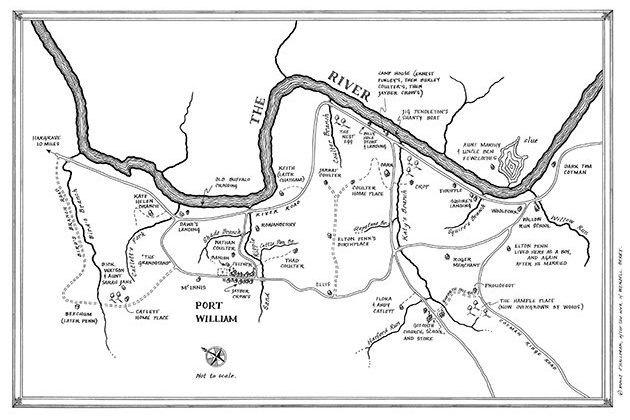 Over at The Front Porch Republic, Jeff Bilbro has a fascinating and brilliant review of a conference at Calvin College titled “Faith and Democracy in America: Christianity and Liberalism Rightly Understood.”

In early December, the Acton Institute and Calvin College’s Henry Institute for the Study of Christianity and Politics co-hosted a conference ambitiously titled “Faith and Democracy in America: Christianity and Liberalism Rightly Understood.” The dueling keynote titles caught my attention. Patrick Deneen was slated to give the first one: “Liberalism is Not Free: The Myths of Religious Liberty.” The next day, Jamie Smith would speak in defense of liberalism: “Thank God for Liberalism: An Alternative History Without Nostalgia.” Since I respect the work of both these scholars and have learned much from their writings, I made plans to attend. The conference didn’t disappoint, though I do wish the format would have allowed for a more genuine back-and-forth between Deneen and his critics. In what follows, I’ll try to avoid too much inside baseball and, rather than attempting to summarize all of the talks, will distill some of the central questions the conference raised for me.

Kristen Johnson, a professor at Western Seminary, articulated the conference’s animating questions when she asked whether Christians can find within a pluralistic space opportunities to live radically faithful lives. The danger, of course, is that a liberal, pluralistic space will so malform Christians that the distinctive character of a gospel-formed life is warped. In Smith’s book Awaiting the King he draws on Oliver O’Donovan to claim that “liberalism itself lives on borrowed capital and is only possible because of the dent of the gospel and the formative effects of Christian practices on Western societies” (17). But as liberalism draws down this moral (and, I would add, ecological) capital, can churches sustain the kinds of vibrant communities and institutions and practices necessary to form virtuous citizens, citizens whose first allegience is to the Kingdom of God? (I pursued this line of questioning further in my review of Smith’s book.)

Several of the speakers sidestepped these difficult questions by defending liberalism’s promises of equality and freedom without reckoning with the growing evidence that American liberalism is increasingly failing to deliver on these promises. Speakers such as Samuel Gregg, William Katerberg, Kristin Du Mez, and others pointed out that women and peasants and racial minorities were oppressed in pre-liberal social arrangements, as if that, in itself, answers Deneen’s critique of liberalism.

To this end, several potshots were lobbed at Wendell Berry as a nostalgic reactionary. It is much easier, however, to make fun of Berry for being nostalgic than it is to respond to his warning that our liberal way of life is causing irreparable ecological, cultural, and moral damage. (Even my three-year-old daughter has mastered the art of criticizing Berry: if I am too engrossed in my writing, she leans toward me and repeats “Wendell Berry is a bad dude,” knowing this is a sure way to get my attention.) Yet there are grave consequences when a culture forms its members to pursue wealth and happiness by cutting themselves loose from place and community and tradition. (One of these, as Comment recently explored, is loneliness, which is just one of liberalism’s fruits.)

These defenders of liberalism’s benefits, then, tend to criticize a straw man rather than actually responding to the arguments of people like Berry or Deneen. Indeed, Deneen himself explicitly acknowledges liberalism’s Christian origins and its good results:

Nor does reflecting upon what follows liberalism’s self-destruction imply that we must simply devise its opposite, or deny what was of great or enduring value in the achievements of liberalism. Liberalism’s appeal lies in its continuities with the deepest commitments of the Western political tradition, particularly efforts to secure liberty and human dignity through the constraint of tyranny, arbitrary rule, and oppression. In this regard, liberalism is rightly considered to be based on essential political commitments that were developed over centuries in classical and Christian thought and practice. (Why Liberalism Failed 19)

In other words, liberalism can be marked by the gospel and still be a political and cultural dead end. As Ivan Illich argued, corruptio optimi pessima.

By not acknowledging this possibility, these speakers largely failed to grapple with Deneen’s argument that liberalism is not, in fact, bringing about genuine freedom or just forms of society. Instead, it is sorting society into a small group of winners and a large group of losers. As Deneen puts it, “Society today has been organized around the Millian principle that ‘everything is allowed,’ at least so long as it does not result in measurable (mainly physical) harm. It is a society organized for the benefit of the strong” (148). Smith has elsewhere made a similar case himself, noting that “the dismantling of cultural jigs makes the poor especially vulnerable.”

Deneen’s book is a tour-de-force.  Berry, of course, is a prophet. 🙂  Both offer powerful critiques of liberalism.  It seems like their arguments and the implications of their arguments need to be engaged with something more than just an appeal to liberalism’s defense of oppressed groups.  I think we need less, not more, of this kind of identity politics, especially when it comes to any discussion about the future of democracy and the common good.  (And I include white identity politics in all of this, which is one of the reasons I  am such a critic of Trump).  Bilbro, Deneen, and Berry are drawing us to things that affect all of us as human beings–environmental degradation (and its impact on the poor), the destruction of places and local economies, the decline in vibrant communities defined by loving one’s neighbor over self-interest, and the “sorting of society between winners and losers,” to name a few. (Of course such universal human appeals like the ones I mentioned above are also part of the Enlightenment liberal project.  This is complicated).

Once could look at this another way.  Bilbro names conference speakers such as Samuel Gregg, William Katerberg, and Kristin Du Mez who “defended liberalism’s promises of equality of freedom without reckoning with the growing evidence that American liberalism increasingly failed to deliver on these promises.”  I was not at the conference, but I have read Du Mez’s paper (which is linked in Bilbro’s essay).  If liberalism has been so successful, then why is it necessary for Du Mez to ask “where are the women?”  I am sure Du Mez would respond to this question by saying that the work of liberalism is not yet done.  Or perhaps she would point to some of the limits of liberalism.  But it does sound like she believes that the liberal democratic order is still the best hope of progress for women and other oppressed groups.  And there’s the rub.  Bilbro, Deneen, Berry (and I would add others like Geneva College’s Eric Miller, Syracuse’s Elizabeth Lasch-Quinn, or Pomona College’s Susan McWilliams to this list) do not think liberalism is, ironically, our best path forward.