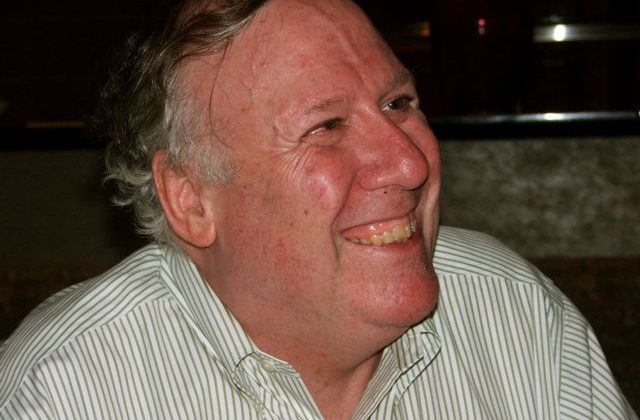 I was sad to hear of the death of Leo Ribuffo.  In 1991 or 1992 I wrote him a letter to ask him he was taking graduate students at George Washington University.  He never wrote me back, but I was accepted to the Ph.D program at George Washington University and, if I remember correctly, Ribuffo was assigned as my adviser.  Unfortunately, the offer did not come with any funding.  I turned it down, accepted an offer with funding from SUNY-Stony Brook, and began my training as an early American historian.

I first learned about Ribuffo’s work when I was writing my M.A. thesis on separatist fundamentalism.  I devoured his Merle Curti Prize-winning book The Old Christian Right: The Protestant Far Right from the Great Depression to the Cold War.  I loved his  Journal of American History review essay “God and Contemporary Politics” and his 1994 American Historical Review piece “Why Is There So Much Conservatism in the United States and Why Do So Few Historians Know Anything About it?”  Ribuffo seemed to understand things about the evangelical experience in recent America that other historians at that time did not.

Over at his Patheos blog, Darryl Hart writes:

I will miss, in particular, Leo’s uncanny ability to capture the oddity of aspects of American religion and politics that we generally take for granted. One example comes from a review he wrote of George Marsden’s The Soul of the American University and the difficult questions that surround discerning secular prejudice against religion along with what counts as normal in secular scholarship:

Suppose that a candidate for a professorship in European diplomatic history volunteers that he is a “fairly traditional Protestant of the Reformed theological heritage,” as Marsden describes himself (p. 7). That phrase is sufficiently vague to cover not only Marsden, but also the Niebuhrian Baptist Jimmy Carter, the fundamentalist Jerry Falwell, and the Pentecostal Pat Robertson. Could prospective employers probe further without violating federal law? If so, they might want to know whether “traditional Protestantism” in this instance includes the theory of premillennial dispensationalism, and specifically, whether the job applicant agrees with many other dispensationalists that the Common Market was predicted in the Bible and now signals the imminent return of Jesus Christ. Do affirmative answers automatically bar the candidate from further consideration?

This is not a rhetorical question. The premillennialist job seeker might also be the foremost expert on the economics of the Common Market and a great teacher willing to entertain secular perspectives in the classroom. My own view is that a dispensationalist reading of the Bible, which resembles deconstructionist literary criticism rather than private revelation, should not automatically disqualify a job candidate. After all, I coexist in the academy with men and women whose methodological premises I dispute, including economists who reduce human motives to rational expectations, political scientists who formulate grand theories of the presidency without examining the private papers of any president, and cultural critics who think Jean Baudrillard understands the United States better than C. Wright Mills. And recent American intellectual life would have been poorer without the Hegelian social critic Herbert Marcuse and the Freudian metahistorian Norman 0. Brown, both of whom teetered on the verge of supernaturalism.Nonetheless, a dispensationalist diplomatic historian would be a tough sell in most history departments. Indeed, Marsden probably would be more wary of our hypothetical job seeker than I am. An evangelical Protestant himself, he has a vested interest in the right kind of theological conservative, and he clearly regards populist fundamentalists who indulge in Bible prophecy as the wrong kind. Whatever the outcome, the resulting department meeting would illustrate some of the prosaic, nonintellectual reasons why the acad- emy came to exclude normative religious teachings.

That is vintage Ribuffo — a lapsed Roman Catholic in background and a political liberal who knows more Protestant theology that many evangelicals and also understands that the theories that animate contemporary politics and scholarship are no less arcane (and contested) than the teachings found in the Scofield Reference Bible.

Read the entire piece here.  And yes, we have done two Darryl Hart posts in one day!  🙂