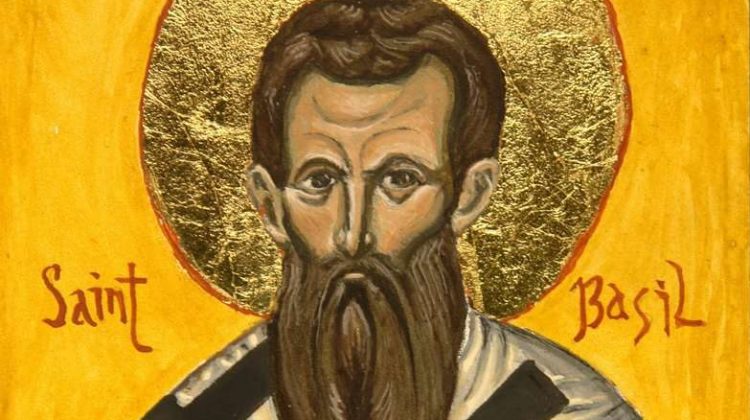 In the spirit of my recent post “Rules of Engagement,” I want to call your attention to Nicholas Denysenko‘s piece on spirituality and public discourse in the recent issue of The Cresset.  I read it last night and found it useful and inspiring.  Here is a taste of “Engaging My Opponent“:

Throughout history, Christians have attempted to apply Jesus’s teachings as rules for communal living and engagement with the other. These examples occur in a variety of contexts, from Cappadocian monks in late antiquity to twentieth-century laity responding to dangerous ideologies.

One early example is the philosopher, bishop, and ascetic known as Basil the Great (330-379). In the Christian world, Basil is beloved because of the prayers attributed to him, his theological family ties (having an equally gifted brother and a saintly sister), his theological treatises that became the foundation for the doctrine of the Holy Spirit, and his ascetical writings. Instructive for our purposes is Basil’s homily on humility. The context of this homily suggests that Basil was addressing people who lived in the late-antique city. Basil critiques those who indulge in the glory and honor that comes with political success:

But also because of political honors do men exalt themselves beyond what is due their nature. If the populace confer upon them a distinction, if it honor them with some office of authority, if an exceptional mark of dignity be voted in their favor by the people, thereupon, as though they had risen above human nature, they look upon themselves as well nigh seated on the very clouds and regard the men beneath them as their footstool. They lord it over those who raised them to such honor and exalt themselves over the very ones at whose hands they received their sham distinctions.
(Basil, trans. Wagner, 476)

Basil seems to be warning those in the public sphere against the kind of elitism that comes with rank or stature in the political hierarchy, and the temptation to view others as simply “their footstool.” Basil describes the steps needed for the exalted to rightfully see themselves and others:

If you appear to have something in your favor, do not, counting this to your credit and readily forgetting your mistakes, boast of your good deeds of today and grant yourself pardon for what you have done badly yesterday and in the past. Whenever the present arouses pride in you, recall the past to mind and you will check the foolish swelling of conceit. If you see your neighbor committing sin, take care not to dwell exclusively on his sin, but think of the many things he has done and continues to do rightly. Many times, by examining the whole and not taking the part into account, you will find that he is better than you. Such reminders as these regarding self-exaltation we should keep reciting constantly to ourselves, demeaning ourselves that we may be exalted, in imitation of the Lord who descended from heaven to utter lowliness and who was, in turn, raised to the height which befitted him. (Basil, trans. Wagner, 483)

Basil proposes an ascetical practice that speaks directly to the kind of exaltation to which one enjoying a high rank might be prone. Recalling one’s past errors can help one avoid the temptation to exalt one’s self and treat others like a footstool. Basil employs hyperbole when he suggests that we are to demean ourselves, but the point of adopting this habit is twofold: to learn how to see good in one’s interlocutor, and to adopt the pattern of Christ himself. Our descent into utter lowliness is not for self-torture. Rather, it is to follow the pattern of Christ, whose lowliness was in service to others. The two practices work together: we find fault in ourselves first to confront our own ugliness; only then is one able to see that the person one engages is, in fact, naturally good.

Cultivating the habit of humility is designed to be relational and dialogical. In a longer passage, Basil advises hearers to be modest in all ways of life, to avoid embellishment of speech, and to be “free from pomposity” (Basil, trans. Wagner, 484). Adopting a habit of modesty in the way that we talk and think of ourselves leads to new ways of dialoguing with others. Basil offers simple instructions: “Be obliging to your friends, gentle toward your slaves, forbearing with the forward, benign to the lowly, a source of comfort to the afflicted, a friend to the distressed, a condemner of no one” (Basil, trans. Wagner, 484). He goes on to instruct his hearers to avoid even listening into a conversation involving gossip; adopting the habit of attending to one’s own sin sharpens the senses of seeing others and dialoguing with them. One learns how to act with radical charity toward the other through practice, but the root of this action is pursuing humility and refusing to exalt one’s self, reserving that praise and glorification for God alone.