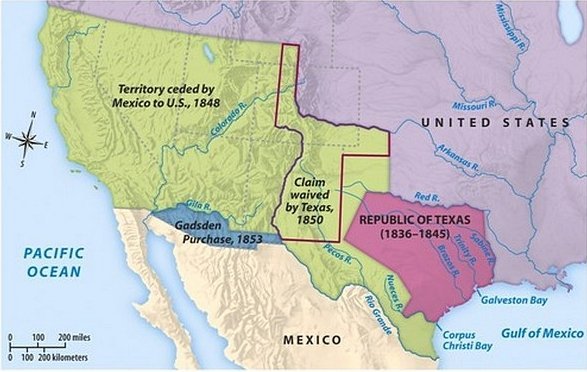 This is a fascinating short piece on Stephen Pearl Andrews, a lawyer in the Republic of Texas who wanted to sell large portions of Texas to Great Britain in the hopes that these new landowners would end slavery.  Here is a taste of Mark Sussman’s piece at JSTOR Daily:

In 1843, a New England lawyer almost managed to sell Texas to Great Britain. A convinced abolitionist practicing law in what was then the independent Republic of Texas, Stephen Pearl Andrews got it into his head that, in an attempt to free Texas’s slaves, he would invite a foreign power into North America and hand over a massive chunk of it. Andrews’s attempt to free Texas’s slaves by way of an invitation to foreign interference illustrates the strange bedfellows created by “the slavery question” in the nineteenth century. Andrews, in his quixotic vision, in his idealism, ambition, and occasional crankery, was an exemplary nineteenth-century American figure.

Andrews spent his late teens and early twenties teaching at a girls’ school in New Orleans opened by his brother and sister-in-law, where he was exposed to the reality of slavery. He grew close to a man named George, a slave at the Andrews’s school, who went about his work with a cheerful attitude until, one night, confiding as to the true nature of his condition. George’s reports of his own sorry treatment at the hands of his owners, from the everyday indignities to whippings, left Andrews with “a profound impression… of the tremendous power of that great national machinery of oppression, American Slavery.” That impression never left him.