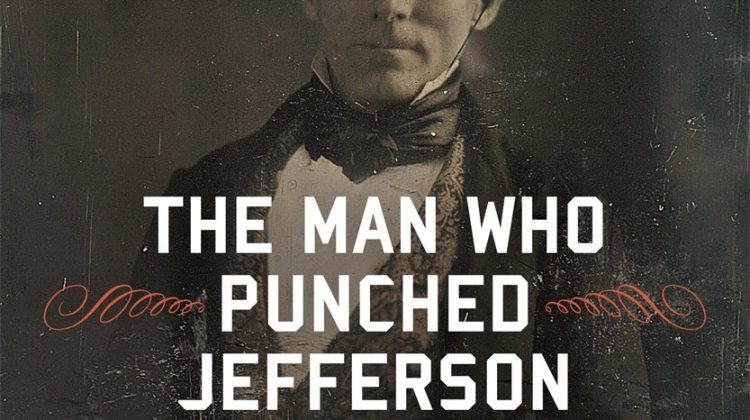 Ben Wynne is professor of history at the University of North Georgia. This interview is based on his new book The Man Who Punched Jefferson Davis: The Political Life of Henry S. Foote, Southern Unionist (LSU Press, 2018).

JF: What led you to write The Man Who Punched Jefferson Davis: The Political Life of Henry S. Foote, Southern Unionist?

BW: My doctoral dissertation dealt with politicians in the South who argued against the idea of secession during the years leading up to the American Civil War, and in the course of doing my research Henry Stuart Foote’s name kept popping up. The more I read about him, the more interested in his life and career I became, to the point where I thought his life story might make a good book. Not only was he involved in a number of important national events in his lifetime, but he was a bit of a maniac. All of his contemporaries seemed to have an opinion about him, and those opinions ranged from genius to buffoon. I was also intrigued by his relationship Jefferson Davis. Foote was Davis’s most outspoken political enemy, and the hatred that the two men had for each other was epic.

JF: In 2 sentences, what is the argument of The Man Who Punched Jefferson Davis: The Political Life of Henry S. Foote, Southern Unionist?

BW: The book is a strait biography. It captures the highly unusual spirit of the subject as well as his unique contributions to American history and politics from the 1830s until his death in 1880.

JF: Why do we need to read The Man Who Punched Jefferson Davis: The Political Life of Henry S. Foote, Southern Unionist?

BW: Henry Stuart Foote’s life included many unusual twists and turns, making for an interesting read. In general, Foote was one of antebellum America’s true political mavericks with an eccentric and sometimes violent personality. He was a polarizing figure who was beloved by supporters but reviled by critics. During his career, he participated in innumerable physical altercations—including a fistfight with then-fellow U.S. Senator Jefferson Davis that provided the title for the book—and he carried bullet wounds from several duels. He once brandished a pistol during proceedings on the Senate floor, and on another occasion threatened a fellow solon with a knife. During his career he was also very well-travelled. He was in Texas during the early 1840s as the Texas annexation debate was in full swing, and he represented Mississippi in the U.S. Senate during debates over the Compromise of 1850. In 1851, he defeated Jefferson Davis in an exceedingly bitter campaign for Mississippi governor. Later, he moved to California where he ran unsuccessfully for another senate seat, and then back to Tennessee, where he was elected to the Confederate House of Representatives. As a Confederate congressman, he remained a thorn in Davis’s side for the duration of the Civil War, publically lambasting the Confederate president again and again. A lifelong Democrat, Foote became a Republican after the war and ended up as superintendent of the U.S. Mint in New Orleans.

BW: Like others in the field, I have been fascinated with American history and culture all of my life. It seemed like a natural profession for me. I believe strongly in the cliché that you will not know where you are going if you do not know where you have been.

BW: I am currently researching for a book on the history of music in Macon, Georgia from the 1830s to the 1980s, that will include material on iconic American musical figures such as “Little Richard” Penniman, Otis Redding and the Allman Brothers.