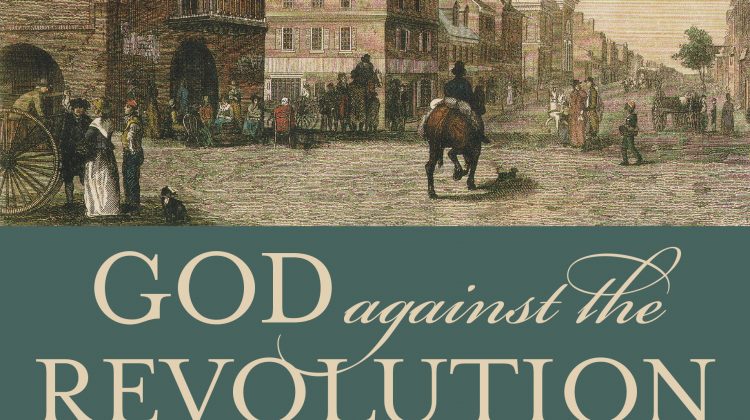 Gregg Frazer is professor of history and political studies and Dean of the School of Humanities at The Master’s University. This interview is based on his new book God against the Revolution: The Loyalist Clergy’s Case against the American Revolution (University Press of Kansas, 2018).

JF: What led you to write God Against the Revolution?

GF: My primary research interest is religion and the American Founding. I became re-acquainted with the sermons of Loyalist minister Jonathan Boucher while doing research on American Revolution-era sermons for my first book, The Religious Beliefs of America’s Founders. I have always been impressed with Boucher’s biblical argument and with his rational challenges to John Locke’s theories. Having analyzed the basic arguments and assumptions of the Patriot preachers in my first book, I became intrigued with the idea of examining the arguments of the Loyalist clergymen and, as they were the primary spokesmen of Loyalism, the political thought of the Loyalists in general. Irrespective of the title, the book covers all of the Loyalist arguments.

JF: In two sentences, what is the argument of God Against the Revolution?

GF: One cannot fully understand the political thought of the American Revolutionary period or the choice of whether or not to participate in the Revolution without a fair understanding of the arguments of those who opposed it. Loyalists were well-intentioned Americans who, while they disagreed with British actions, argued from the Bible, from theory, from English law, from the American situation, and in response to the actions of the revolutionaries for a moderate response of negotiation and conciliation rather than rebellion,.

JF: Why do we need to read God Against the Revolution?

JF: When and why did you become an American historian – or get interested in the study of the past?

GF: My undergraduate degree is in history; my graduate degrees are in political science with emphases in political theory and American politics. All of these, in combination with my Christian faith, come together in my research interest in religion and the American Founding. As long as I can remember, I have been fascinated with the past and with ideas – especially persistent ideas that have motivated human beings to act and that are still relevant today. History provides an interesting story and analysis of the thoughts and beliefs of the actors in those stories both enriches the stories and helps us to learn lessons that only history can provide. As a Christian who believes in a completely infallible Bible, I do not agree with Publius that experience (history) is “the least fallible guide of human opinions,” but I do view it as a very valuable guide.

GF: I am not as prolific as scholars such as John Fea. I have to strategize between projects with the limited time available to me for research and writing. I have not yet settled on a project.