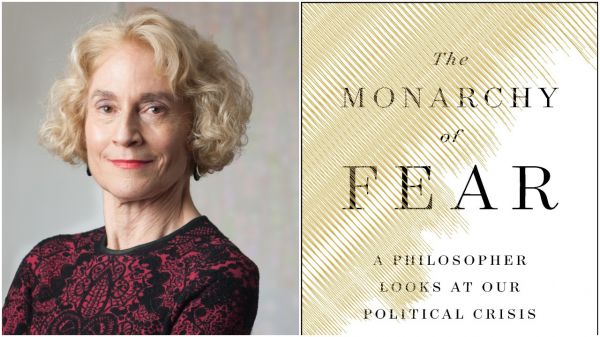 Some of you may recall John Wilson’s review of Believe Me: The Evangelical Road to Donald Trump in the Hedgehog Review.  I wrote about it here.  Wilson does not seem to think that “fear” explains the evangelical support for Donald Trump.  He makes a similar critique of fear in his recent review of Martha Nussbaum’s latest, The Monarchy of Fear: A Philosopher Looks At Our Political Crisis.  Here is a taste of his review of Nussbaum in The Weekly Standard:

One thing we do know for certain: A lot of people are talking about fear. In July in these pages, I reviewed Matthew Kaemingk’s important book Christian Hospitality and Muslim Immigration in an Age of Fear. Around the same time, Eerdmans published Believe Me: The Evangelical Road to Donald Trump, in which the excellent historian John Fea offered a “short history of evangelical fear” as an explanation for the mess we find ourselves in. In July, Vox critic Alissa Wilkinson (who is on my always-must-read list) posted a piece on the fictional Gileads of Margaret Atwood and Marilynne Robinson. “You’d have to be extraordinarily blind,” Wilkinson wrote, “to not know that fear is a dominant, if not the dominant, feeling in 2018.” (Oh, no. On top of all my other problems, I’m extraordinarily blind!) And then there’s Bob Woodward’s Fear: Trump in the White House.

Many instances of what we might call the discourse of fear depend on a rhetorical sleight of hand: To describe those you are arguing against as being driven by fear is thought to be effective, even as you are appealing to fear of the outcome should these fearful types get what they want. In his recent remarks on the Trump administration, a critique in many respects persuasive, former president Barack Obama denounced “the politics of fear,” as he had while he himself occupied the White House. Never mind that President Trump’s critics have themselves routinely waxed apocalyptic. Lisa Sharon Harper, a widely respected African-American evangelical speaker, writer, and organizer, tells us that “majority conservative rulings have already whittled back civil rights protections, leaving this generation’s children as vulnerable to a new Jim Crow as my great-grandparents, who fled for their lives from the terror of the Jim Crow South,” a warning clearly intended to inspire fear and dread.

Does such argumentation by fear prove that fear really is pervasive, bone-deep, or does it rather suggest the perceived advantage of employing a particular rhetorical strategy?