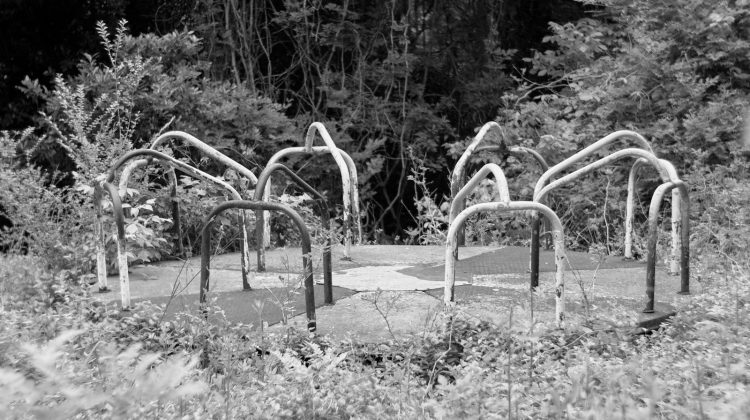 Our roads, bridges, and airports are crumbling, but so is our “social infrastructure”–libraries, schools, playgrounds, athletic fields, gardens, bookstores, diners, and barbershops.  Over at The Atlantic, New York University sociologist Eric Klineberg discusses the collapse of the places that build flourishing communities and a healthy democracy.

Every four years, the American Society for Civil Engineers issues grades for the nation’s infrastructure. In the most recent evaluation, released in 2017, America’s overall infrastructure score was a D+, the same as in 2013. Although seven systems, including hazardous waste and levees, received modestly better grades than in the previous assessment, transit and solid waste, among others, did worse. Aviation (D), roads (D), drinking water (D), and energy (D+), retained their miserably low scores.

The ASCE does not grade our “social infrastructure.” If it did, the scores would be equally shameful. For decades, we’ve neglected the shared spaces that shape our interactions. The consequences of that neglect may be less visible than crumbling bridges and ports, but they’re no less dire. Social infrastructure is not “social capital”— the concept commonly used to measure people’s relationships and networks—but the physical places that allow bonds to develop. When social infrastructure is robust, it fosters contact, mutual support, and collaboration among friends and neighbors; when degraded, it inhibits social activity, leaving families and individuals to fend for themselves. People forge ties in places that have healthy social infrastructures—not necessarily because they set out to build community, but because when people engage in sustained, recurrent interaction, particularly while doing things they enjoy, relationships—even across ethnic or political lines—inevitably grow.

Public institutions, such as libraries, schools, playgrounds, and athletic fields, are vital parts of the social infrastructure. So too are community gardens and other green spaces that invite people into the public realm. Nonprofit organizations, including churches and civic associations, act as social infrastructure when they have an established physical space where people can assemble, as do regularly scheduled markets for food, clothing, and other consumer goods.