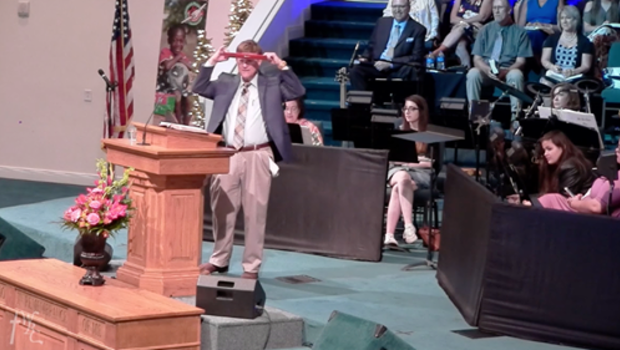 Another well-written and researched piece by Tara Isabella Burton.  Here is a taste:

Pastor Mack Morris wanted to take a stand. Preaching in front of his Mobile, Alabama, congregation on Sunday morning, positioned just to the left of an American flag, he declaredthat he was sick and tired of the way clothing brand Nike had, in his view, disrespected America and its people.

“The first pair of jogging shoes I wore were Nike jogging shoes,” he told his congregation, “That was in the early ’80s. I’ve been wearing Nike jogging shoes since 1980. I got news for you. I’ve bought my last pair of Nike shoes.” He produced two branded items — a Nike wristband and a headband. Then he cut them up right there at the pulpit.

Morris’s actions are part of a larger trend among conservatives in recent weeks who have been destroying Nike products to protest its selection of controversial quarterback Colin Kaepernick — who famously knelt during the national anthem to protest police brutality — in its latest ad campaign. For Kaepernick’s critics, including President Donald Trump, his refusal to stand for the national anthem is evidence that he lacks respect for the American flag, and more broadly, for America itself.

Read the entire piece here.  I was happy to help her with the piece:

John Fea, a professor of history at Messiah College in Pennsylvania and author of Believe Me: the Evangelical Road to Donald Trump, told Vox in a telephone interview on Thursday that Morris’s actions represented a combination of two elements. The first, he said, was “conservative evangelicals’ commitment to the idea that America is a Christian nation, and that somehow the American flag not only symbolizes generic nationalism but that the nation was founded by God, that it’s a nation created by God. So [people think], how dare Colin Kaepernick take a knee.”

These ideas, Fea said, have existed throughout American history. But Donald Trump’s campaign and election have them to the fore. Furthermore, he said, we’re seeing an unprecedented relationship between the president and the evangelical religious establishment, in which pastors take “marching orders” from Trump’s own discourse.

“So you now have Baptist pastors in the South in essence taking their cues from the president of the United States … and not from Biblical ideas,” Fea said.

He argued that there was a direct trickle-down effect from Trump’s tweets to church pews. Trump’s relentless focus on Kaepernick made his protest into a national controversy. White evangelicals, in turn, followed Trump’s lead, treating Kaepernick’s protest as a direct affront to the sanctity of an (implicitly Christian) America.

Fea said that the Kaepernick case is specifically about ideology, not theology. After all, he said, the Bible says nothing about flags or protests.