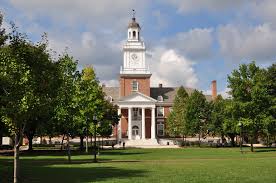 Last fall, on the campus of Johns Hopkins University, where I serve as president, I happened to overhear a conversation among a group of students. One student was telling the others that he had decided not to enroll in an introductory philosophy course that he had sampled during the “add/drop” period at the start of the semester. The demands of his major, he said, meant that he needed to take “practical” courses. With an exaggerated sigh, he mused that “enlightenment” would simply have to wait. For now, employability was paramount. What can you do? His friends shrugged. You gotta get a job.

The students’ conversation has stayed with me, in part because it fits into a larger, disconcerting narrative about the role of the humanities in higher education. In a time of dizzying technological achievement and of rapid scientific innovation, skeptics of the humanities may question the usefulness of studying Aristotle, the history of the Italian Renaissance or modern Chinese fiction. At many universities across the country, beset by low enrollments and a lack of university support, the number of humanities course offerings and faculty members are dwindling. At meetings of university presidents, the humanities are frequently referred to as the “fragile disciplines.”

In hindsight, I regret not barging into the conversation of that student I overheard to argue for taking that introductory philosophy course. I would have started by reminding him that, for much of America’s history, college graduates were not deemed truly educated unless they had mastered philosophy, literature, political theory and history. The core role of higher education was to invite students into the millennia-spanning conversations about matters including what it means to be alive, the definition of justice and the tension between tyranny and democracy. Fostering engagement with these issues is still an essential part of the university’s function in society.