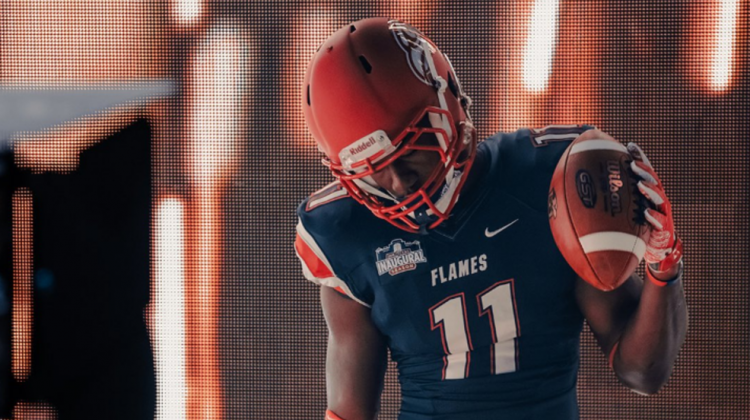 Court evangelical Jerry Falwell Jr., the president of Liberty University, is thinking about joining the ranks of the College of the Ozarks and Truett McConnell University.

Here is a taste of Josh Moody’s piece at the Lynchburg (VA) News and Advance:

“If the company really has animus toward police officers, or if they’re intentionally disrespecting our flag, our veterans, our national anthem, as part of some mission of the company and using their resources to do it, then why deal with them when there are plenty of other good athletic companies out there?

“On the other hand, if they are just trying to make money off the attention that former quarterback Colin Kaepernick has been receiving then we understand that that’s just marketing and we’ll probably overlook it,” Falwell said Friday afternoon.

He added he has not yet spoken with Liberty’s legal department or Nike about the matter. Falwell said he plans to inquire about contract termination clauses, and the athletic department will contact Nike to see “what they are trying to accomplish” through the ad campaign.

In other words, if Nike is making a political and cultural statement with the Kaepernick ad, Liberty will try to back-out of its contract with the sportswear company.  But if Nike is trying to exploit Kaepernick and the whole national anthem controversy in order to make money, Liberty has no problem with the company.

Another well-played public relations move by the second largest CHRISTIAN university in the world.  😉