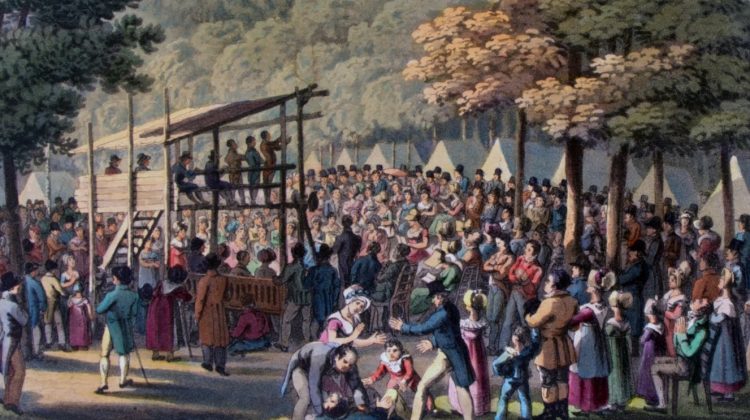 A recent piece at JSTOR Daily highlights the work of historian Jeffrey Mullins, author of ” ‘Fitted to Receive the Word of God’: Emotions and Scientific Naturalism in the Religious Revivals of the 1830s.” (International Social Science Review, 2006).

The contrast between the cold logic of science and the emotionality of religion is a seemingly unshakable binary today. But back in the early nineteenth century, people saw things very differently. Historian Jeffrey A. Mullins examines the religious revivals of the Second Great Awakening in the 1830s.

At that time, Mullins writes, Americans did not see science and religion as opposites. Instead, they were “two aspects of the same universal truth.” And that truth was not based in pure logic. Emotions were a key to human behavior, and controlling and channeling emotions was a job for scientifically- and morally-grounded experts.

This perspective led to a wealth of reformist interventions, from Sunday schools to penitentiaries to graham crackers. Preachers who led religious revivals around the country in the 1830s saw the need for a highly engineered emotional experience.