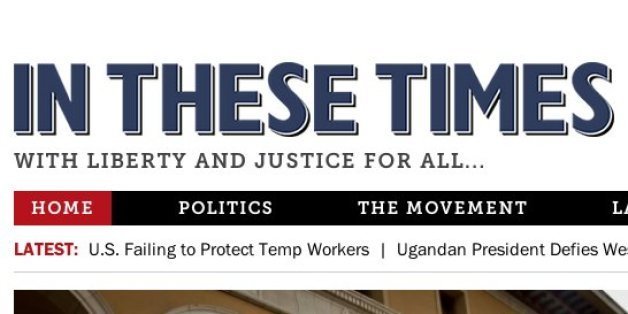 In 1979, the progressive/democratic socialist magazine In These Times ran an anti-abortion essay.  It was written by Elizabeth Moore, a Catholic right-to-life advocate, and Karen Mulhauser, a leader of NARAL.

Yesterday, the current deputy editor of In This Times wrote that the magazine was “wrong” for publishing the piece.  Here is a taste of Jessica Stites’s piece “Why Did We Run an Anti-Abortion Piece in 1979?“:

In February 1979, In These Times published the debate, “Pro and Con: Does free abortion hurt the poor and minorities?” The then-newspaper was flooded with letters to the editor from a who’s who of feminists objecting to both the framing of the debate and its participants—Elizabeth Moore, a Catholic right-to-life advocate, and Karen Mulhauser, a leader of the National Abortion Rights Action League (NARAL).

The editorial decision-making process is lost to history, but this much we know: The Catholic Left held sway with ITT in the 1970s. A July 1977 editorial called for “serious dialogue with sincere ‘right-to-life’ advocates [who oppose abortion] out of genuine religious or moral concern for the sanctity of life.” ITT ran pieces by Juli Loesch, a major force in the Catholic “consistent life” movement, which wedded anti-nuclear, antiwar and anti-abortion politics. Loesch and other Catholic feminists were eventually pushed out of anti-abortion leadership by patriarchal evangelicals, who kept the Catholic leftists’ direct action tactics of clinic pickets and harassment, which escalated into murder.

Whatever you think of her argument (or the argument of Moore and Mulhauser in 1979), Stites’s piece reveals that the Christian Right did not have a monopoly on the anti-abortion movement in the 1970s.

Here’s a question:  Can you be a socialist today and be pro-life on abortion?  I once indirectly asked Bernie Sanders this question.