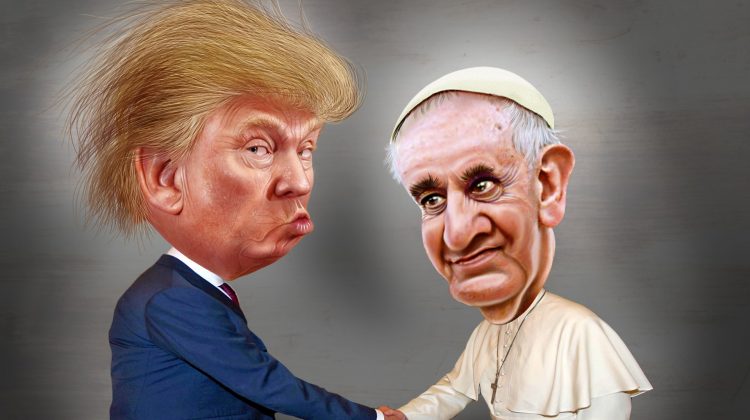 In 2002 , a Mexican cardinal said that the Boston Globe’s reporting on sexual abuse in the Catholic Church was a “witch hunt.”  We now have a similar sex abuse scandal in Catholic Pennsylvania.  (I have not seen anyone call this a witch hunt yet, but I could be wrong).  Elie argues the press, the prosecution, and the people remain the best way to keep powerful priests and politicians accountable.

Maybe Trump should head down to the White House cinema and watch Spotlight.  He might learn something about the essential role the press must play in curbing executive power.

Here is a taste of his piece at Time:

“Witch hunts” is what prominent cardinal Óscar Rodríguez Maradiaga of Honduras called the Boston Globe’s and other outlets’ reporting on decades of sexual abuse by Catholic priests in 2002, after the coverage led to accusations of a cover-up. He is now one of Pope Francis’ closest advisers. But they were not witch hunts. They told the truth and exposed the perils of unchecked power exercised by another cardinal, Boston’s Bernard Law. That reporting led to Law’s resignation, the removal and prosecution of priestly offenders, and a promise from U.S. bishops to install a “zero tolerance” policy on sexual abuse.

Sixteen years later, the phrase witch hunt calls to mind President Trump’s assault on the free press, the rule of law, and our constitutional system of checks and balances and the separation of powers. What happens when those curbs on executive power are weak or nonexistent? Too often we look to places like Vladimir Putin’s Russia to answer that question. Instead, we should look to the Catholic Church; we can see the consequences in the broken lives of thousands of victims and the anguish of our Catholic neighbors — because the crisis of priestly sexual abuse is a crisis of executive power run amok.