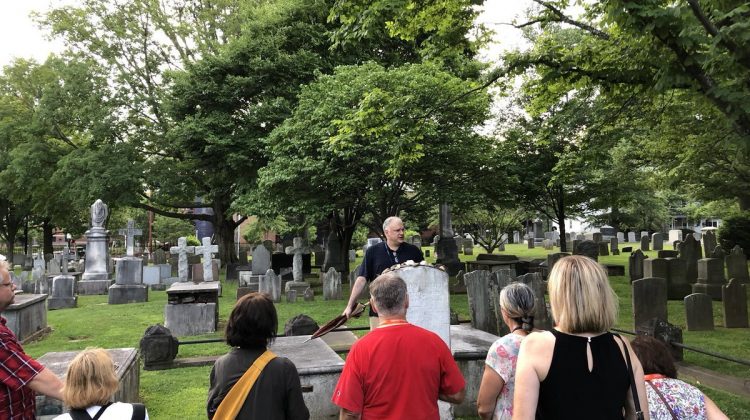 We covered a lot of content today.  I spent the morning lecturing on the seventeenth-century Chesapeake.  After lunch, we started on the Puritans and Massachusetts Bay.  Nate continues to spend the afternoons working with teachers on their colonial-era lesson plans.

Participant Matt Lakemacher gets the award for the best tweet from the cemetery:

After the cemetery visit, several of us walked over to Morven, the eighteenth-century home of Richard Stockton, a signer of the Declaration of Independence.  We also stopped at the Princeton Battle Monument.

It is these informal moments with the teachers that I enjoy most about the Princeton Seminar.

Here are some pics: We are in Philadelphia today.  Stay tuned for a report.