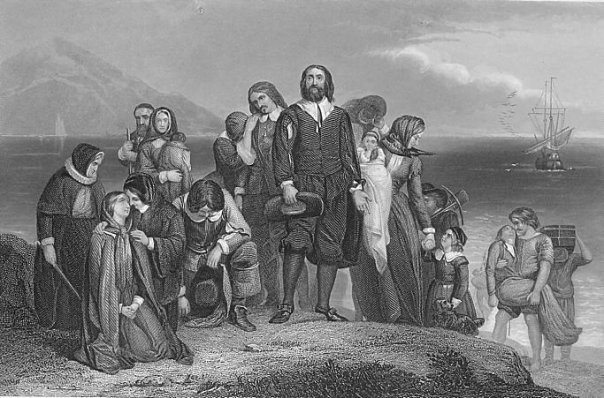 Today I will be teaching John Winthrop’s sermon A Model of Christian Charity to the teachers in the Princeton Seminar.  You may know this as the famous “city upon a hill” sermon.  Winthrop’s words have been used by several U.S presidents (John F. Kennedy and Ronald Reagan come immediately to mind) to promote the idea of American exceptionalism.  John Wilsey does a nice job of unpacking this history in his book American Exceptionalism and Civil Religion.

Over at the website of Foreign Affairs, Cal-Berkeley historian Daniel Sargent argues that we may have seen the end of the era of American exceptionalism.  Here is a taste of his piece “RIP American Exceptionalism, 1776-2018“:

When Benjamin Franklin went to France on a mission to win support for America’s fledging revolution, his fur hat intrigued Parisians, spurring emulation. But the fashion choice was also a considered statement of the distinct values of his country. From the very beginning, the affirmation of republican probity has remained a touchstone for U.S. diplomacy, just as a sense of the United States as a nation “conceived in liberty” has informed Americans’ understanding of their place in the world. As citizens of the “freest of all nations,” as Ulysses S. Grant put it, Americans favored “people struggling for liberty and self-government.”

It’s true that United States became in the 20th century an imperial republic, but even then, it disavowed conquest and subjugation. Liberation and emancipation became the refrain for America’s many wars, animated by President Woodrow Wilson’s refrain that the United States battles tyrants but emancipates ordinary people. The United States would even strive to elevate and redeem the citizens of the Axis powers it defeated in 1945. After 9/11, the trope became entrenched, as President George W. Bush aimed to sever al Qaeda from Islam and Iraqis from their president. “The tyrant will soon be gone,” Bush promised Iraqis. “The day of your liberation is near.” What other conquering power has code-named a major military operation for the liberation of the invaded, as Bush did with Iraq? (Doubtless it did not occur to Hitler’s high command to dub Operation Barbarossa “Operation Soviet Freedom.”)