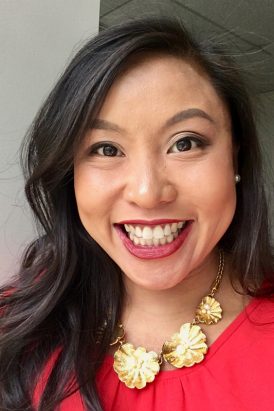 Here is a taste of Chris Gehrz’s interview with Melissa Borja:

In your two guest posts earlier this summer, you wrote about the intersection of migration and religion. What initially drew you to this field?

My fascination with the immigrant experience began with my own upbringing. My mother and father immigrated from the Philippines in 1976 and 1980, and I was born and raised in Saginaw, Michigan. Growing up as Asian American kid in Michigan in the 1980s was a complicated experience. The same year I was born, a Chinese American man named Vincent Chin was murdered in Detroit by white autoworkers. The repercussions of that event had an important impact on the Asian American community, which organized a powerful response to seek justice. It also had an enormous impact on how Asian American families like my own navigated the racial politics in our own communities, where the auto industry was a core part of the local economy and where anti-Asian hostility was on the rise as American auto-makers faced stiffer competition from Asian auto manufacturers. So, throughout my childhood, I was grappling with some of the typical questions that immigrant kids face—questions about how to negotiate being both American and Filipino—and, in addition to that, I was also trying to make sense of the reality of racism. In particular, it became clear to me from a young age that racism needed to be explored and understood beyond the black-white binary.

Like many female historians of my generation, I also owe my career path partly to the American Girl books! I absolutely loved reading the Kirsten books, which explored the experience of 19th century Swedish immigrants. Since Kirsten was also an immigrant girl in the Midwest, I felt an instant connection with her, and I even used to try to braid my hair like hers in fourth grade. But while the books encouraged me to think about immigration with a historical perspective, they also frustrated me because I knew that other histories (of Asian immigrants in particular) were not part of the Europe-centered narrative that the Kirsten books and my school textbooks  emphasized. So, I thank Kirsten for pointing me in the direction of studying history, and especially Asian American history.

I later became interested in religion in college. The terrorist attacks of September 11 occurred just as I was moving into my sophomore dorm room. At the beginning of college, I knew I was going to concentrate in history, but because of 9/11, I began thinking about religion as another fascinating and important form of social difference. A week after 9/11, I enrolled in my first religion course—a course on personal choice and global transformation, where I heard a compelling talk by the great religious historian David Hall about how scholarship about the past can be a meaningful way to intervene in the present. Later, as I grew concerned about the anti-Muslim and anti-Arab sentiment that erupted in the aftermath of 9/11, I took courses about religious pluralism with Diana Eck, and I also began to study Arabic, with the intention of eventually going to graduate school to research the religious diversity of post-1965 immigrants.