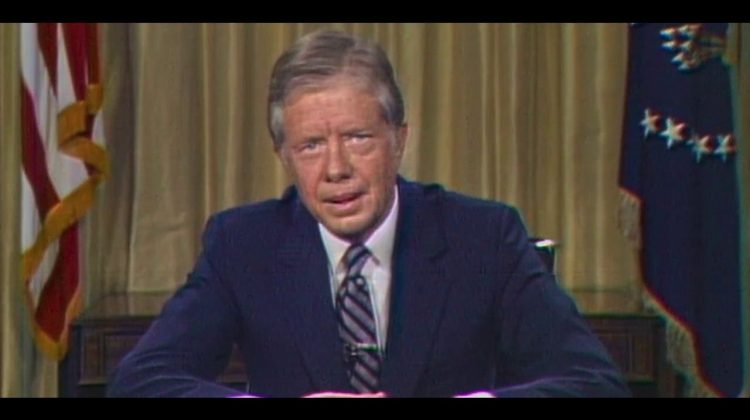 Over at The Conversation, David Swartz, a historian of the evangelical Left, has a nice piece on Jimmy Carter’s 1979 “malaise” speech.  Here is a taste:

It was a penetrating cultural critique that reflected Carter’s spiritual values. Like the writers of the New Testament, he called out sin. Like the prophets of the Old Testament, he confessed to personal and national pride.

In the mode of theologian Reinhold Niebuhr, he noted the limits of human power and righteousness. In this moment of national chastening, he committed himself and the nation to rebirth and renewal.

As a scholar of American religious history, this so-called “malaise speech” (though Carter never actually used the word “malaise”) was, in my opinion, the most theologically profound speech by an American president since Lincoln’s Second Inaugural Address.

I have long been a fan of Carter’s speech.  Back in 2009, I called it “one of the best presidential speeches in American history.”