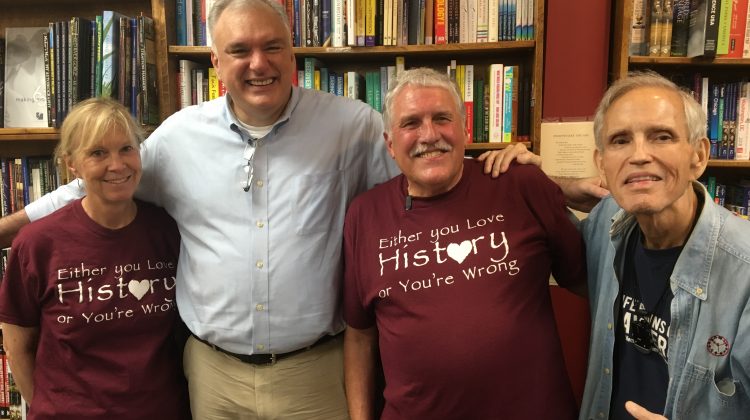 Thanks to everyone who came out last night at Carmichael’s Bookstore in Louisville, Kentucky.   It was good to see some old friends and make some new ones.   I even ran into some blog readers who saw my post about the Kansas Council for History Education t-shirts, bought a couple of them, and wore them to the event!  (Attention Emily Williams and Nate McAlister!) After the talk and signing I was honored to spend a few hours with some Southern Baptist seminary faculty and church history graduate students.  We had great conversation over coffee.

These people are telling me their stories–sometimes through tears.  The other night I spoke with an evangelical Christian who said that he felt more at home with the people he met at the book signing than he did at his own evangelical church.  What does this say about the state of the evangelical church?

I expected a lot of knock-down, drag-out political debates on this book tour.  Instead I am hearing from a lot of hurting people.  I am trying to offer encouragement and prayers.  But mostly I am just trying to listen.