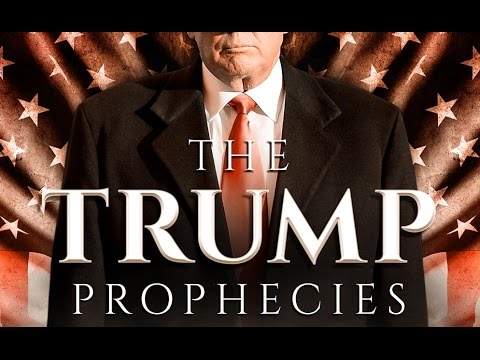 Liberty University students have created an online petition calling for the school’s Cinematic Arts program to cancel work on a feature film based on an ex-firefighter who claims God told him Donald Trump would be president.  We did a post on this back in May.

Here is the petition:

This semester, Liberty’s Cinematic Arts program will create another feature film, utilizing many of the program’s teachers, all of the junior students, and lots of resources. (The program’s last movie, Extraordinary, had a $2 million budget according to IMDB.)

The feature film chosen to be made will be based on a true story about an ex-firefighter, Mark Taylor, who claims that God told him in 2011 that Donald Trump would become president. Below is an excerpt from an article on Taylor’s prophecies.

“In explaining why Barack Obama was in office for eight years, Taylor has said that this was also part of God’s plan. Americans needed to “build a righteous anger” necessary to elect Trump and thereby save the world, Taylor has said.

This movie could reflect very poorly on all Liberty students and Liberty University as a whole. Mark Taylor claims to have received prophecies directly from God that do not align with the Bible’s message. Please support this petition if you think Liberty University should focus on reflecting God’s message rather than Mark Taylor’s message.

1) Liberty’s mission statement and purpose is to be a light on a hill and to train champions for Christ. Openly supporting both a modern-day “prophet” and Trump as a school does not convey this mission.

2) Some Cinematic Arts students have expressed that they are disheartened by being forced to be apart of promoting a man that they don’t agree with. They were originally told that they would be doing very different projects and were only told about this new film project at the beginning of the spring semester. Many do not want this movie on their resume and some are even considering using aliases on IMDB or dropping out. (This is after 11% of the juniors in the program switched their major last semester, many due to similar reasons.)

3) Liberty was already ranked the most conservative college in America by niche.com. Further actions such as this will only hurt student’s chances of finding jobs in more liberal work environments.

4) In 1 John 4:1 it says  “Dear friends, do not believe every spirit, but test the spirits to see whether they are from God, because many false prophets have gone out into the world.” We should be very wary of modern-day prophets. Mark Taylor has claimed God told him that electing Trump will save the world which is unbiblical at best and heretical at worst.

Production for this project will begin in a few weeks.  Please sign this petition to show your support for changing the film idea!

I discuss some of the so-called Trump prophecies in Believe Me: The Evangelical Road to Donald Trump.  I will actually be talking about the book in Lynchburg next week.

Jerry Falwell Jr. wants Liberty University to be an evangelical Notre Dame.  I wonder if this film project is part of his efforts to meet that goal.