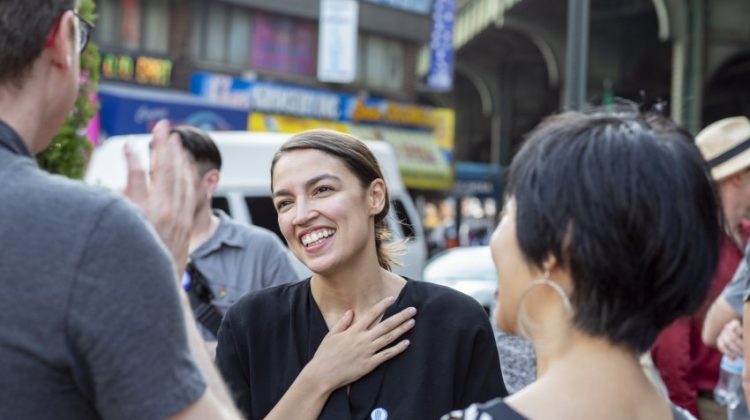 Alexandria Ocasio-Cortez pulled off a major upset in yesterday’s Democratic primary race in New York’s 14th District.  She defeated Joe Crowley, the 10-term member of the U.S. House of Representatives who many believed would be the heir-apparent to Nancy Pelosi as the House Minority Leader.  Ocasio-Cortez is a 28-year-old Democratic Socialist who ran on universal health care and the abolition of ICE.  She is also a Catholic.

On the day after her victory Ocasio-Cortez started writing, but not for The New York Times or The Progressive or The Nation or Jacobin or In These Times.  Nope. She turned to the web pages of the Jesuit magazine America.

Here is a taste of her piece, published today:

Discussions of reforming our criminal justice system demand us to ask philosophical and moral questions. What should be the ultimate goal of sentencing and incarceration? Is it punishment? Rehabilitation? Forgiveness? For Catholics, these questions tie directly to the heart of our faith.

Solutions are already beginning to take shape, which include unraveling the War on Drugs, reconsidering mandatory minimum sentencing and embracing a growing private prison abolition movement that urges us to reconsider the levels at which the United States pursues mass incarceration. No matter where these proposals take us, we should pursue such conversations with an openness to change and an aim to rehabilitate our brothers and sisters wherever possible and wherever necessary. By nature, a society that forgives and rehabilitates its people is a society that forgives and transforms itself. That takes a radical kind of love, a secret of which is given in the Lord’s Prayer: Forgive us our trespasses, as we forgive those who trespass against us.

And let us not forget the guiding principle of “the least among us” found in Matthew: that we are compelled to care for the hungry, thirsty, homeless, naked, sick and, yes—the imprisoned.

Read the entire piece here.  She apparently disagrees with her church, however, on abortion and marriage.