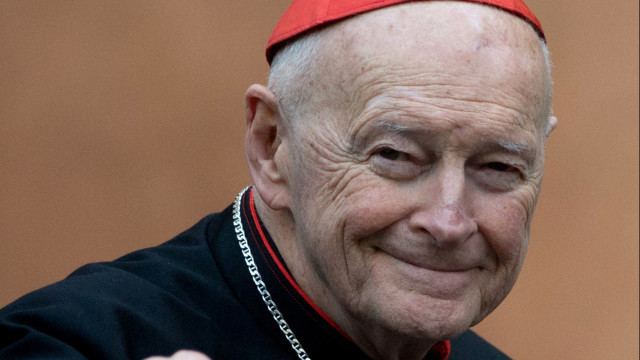 I met Cardinal Theodore McCarrick back in 2011 when we were both participating in a Catholic-Evangelical dialogue at Georgetown University.  I always thought he was a man of integrity and a model of how Catholic social teaching could provide a way forward in the so-called “culture wars.”  I was thus disappointed to hear he had been removed from the public ministry.

Here is a taste of a report from National Public Radio:

Cardinal Theodore McCarrick, the former archbishop of Washington, D.C., has been removed from all public ministry following an allegation that he sexually abused a teenager when he was a priest in New York nearly 50 years ago.

McCarrick, 87, said in a statement Wednesday that the archbishop of New York, Cardinal Timothy Dolan, had advised him of the allegation several months ago. He said he is innocent and that he was “shocked by the report” but fully cooperated during a investigation ordered by the Holy See.

“My sadness was deepened when I was informed that the allegations had been determined credible and substantiated,” McCarrick said.

Dolan said in a statement that the allegation had been turned over to law enforcement and “was then thoroughly investigated by an independent forensic agency.”

Those findings were given to the Archdiocesan Review Board, whose members include parents, psychologists and jurists who “found the allegations credible and substantiated,” Dolan said. Then, “at the direction of Pope Francis,” McCarrick was instructed “that he is no longer to exercise publicly his priestly ministry.”

Dolan said it “was the first such report of a violation of the Charter for the Protection of Children and Young People ever made against McCarrick of which the archdiocese was aware.”

But other allegations of sexual misconduct have been made against McCarrick.