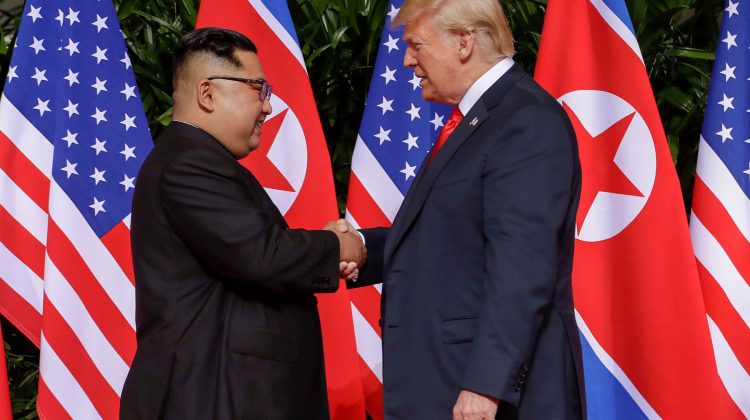 Here is Uri Friedman at The Atlantic:

Donald Trump got little of substance out of his summit with Kim Jong Un. But that didn’t stop him from making a triumphant, demonstrably false claim about how things went. Trump declared in an early-morning tweet that North Korea’s threat to America has been somehow neutralized altogether: “There is no longer a Nuclear Threat from North Korea.”

In reality, Trump returned to America from the Singapore meeting having secured only a vague promise, not unlike others the North Koreans have broken in the past, about working toward the goal of denuclearization. Yet North Korea has just as many nuclear weapons, ballistic missiles, and nuclear facilities and personnel, and precisely as much fissile material, as before Trump and Kim shook hands and signed a document in which North Korea vowed to “work toward complete denuclearization of the Korean peninsula.”

Not only that, but the North Koreans have come away from the summit with a much more immediate pledge from the president to suspend U.S.-South Korea military exercises that the North has long viewed as a threat. The North Koreans may view their denuclearization commitment as a pie-in-the-sky pledge to give up their nuclear weapons once the nuclear-armed United States withdraws its protection for South Korea and ceases all hostile behavior toward North Korea. The statement they endorsed includes no details on how denuclearization will be implemented, how long it will take, or even what first moves the North will make toward that objective.

We certainly saw that in high relief over the last several days, didn’t we? Just this morning, the President returned from a historic summit with Kim Jong Un of North Korea. The President went to this meeting as, in his words, “on a mission of peace,” but with eyes wide open. And I can report, the meeting that took place was direct and honest, provocative, and productive. It resulted in a bold first step where North Korea’s leader committed to the complete denuclearization of the Korean Peninsula. (Applause.)

This is what authoritarian populists do.  Trump and Pence spread false information and propaganda to rally their base in the hopes that their followers will not do the hard and difficult work of fact-checking.  It is the height of anti-intellectualism and evangelicals are especially susceptible to it.  And when people do fact-check, Trump and Pence demonize the fact-checkers as enemies of the state.