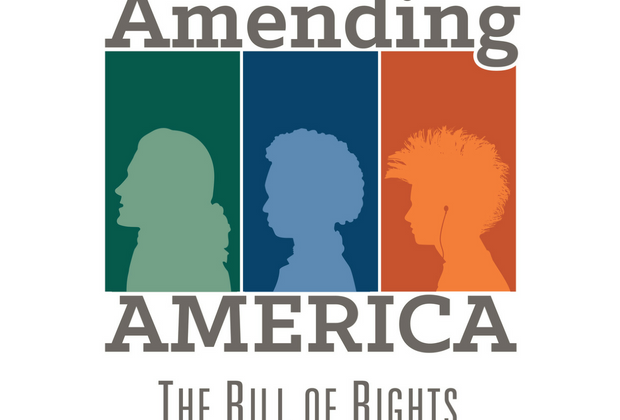 You can see the National Archive’s exhibit “Amending America: The Bill of Rights” at LancasterHistory.org in Lancaster, PA.  Learn more from Jennifer Kopf‘s piece at Lancaster Online.  Here is a taste:

Two years ago, on the 225th anniversary of that Bill of Rights, the National Archives curated an exhibit that explores how those first 10 amendments were composed. “Amending America: The Bill of Rights” then went on a cross-country tour of America that arrives in Lancaster later this week.

When “Amending America” opens at LancasterHistory.org Saturday, it will be the 11th stop on a tour that’s taken the exhibit to the presidential libraries of Gerald Ford and Richard Nixon, the home of Founding Father George Mason, a museum in Dealey Plaza, Dallas, and, most recently, to the Jewish Museum of Maryland in Baltimore.

Using reproduction documents and petitions, political cartoons and interactive stations, the exhibit also will have a feature none of the other stops on the tour has had.

Local curators have assembled a complementary exhibit on President Jame s Buchanan and Congressman Thaddeus Stevens. Both immensely powerful mid-19th-century politicians and both Lancastrians, Stevens and Buchanan held radically different ideas about what powers were permitted and prohibited by the Constitution.

Robin Sarratt, vice president of LancasterHistory.org, says the timing of the exhibit’s arrival here “is fortuitous.”

“Amending America,” Sarratt says, encourages the process of asking questions, of thinking about what citizenship means, about what the words in the Constitution and Bill of Rights meant in that era — and what they mean today.”