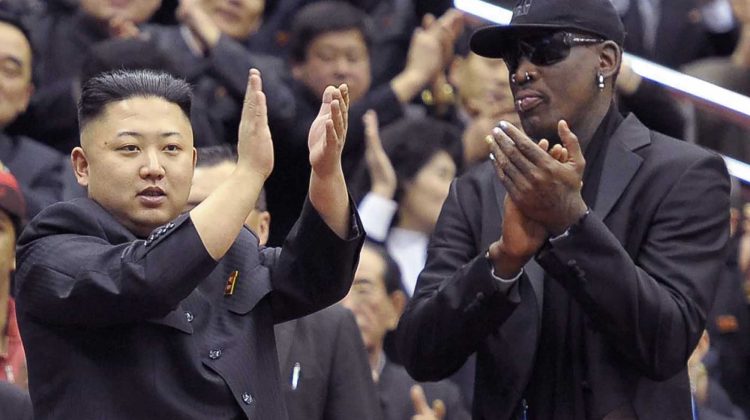 Former NBA player Dennis Rodman thinks he should get some credit for the upcoming summit between Donald Trump and Kim Jong Un.  It appears he will be in North Korea for the historic meeting.

Here is a taste of political scientist Eric Grynaviski‘s piece at The Washington Post:

Yes, it’s true — on Friday, Dennis Rodman confirmed on Instagram that he’s heading to Singapore to “give whatever support is needed to my friends, President Trump and Marshall Kim Jong Un.”

This news has caught many — including the president, apparently — by surprise. On Thursday, President Trump said that Rodman had not been invited to the summit, but called him a “nice guy.”

Rodman’s “basketball diplomacy” since 2013 involved high-profile visits to North Korea, where he met with Kim Jong Un. Rodman also brought along copies of Donald Trump’s books in 2017, and claims to have sold the North Korea leader on the U.S. president.

Rodman told TMZ that he should get some credit for a summit:

“I like Donald Trump. He’s a good friend and I’ve always asked him to talk to me because the people of North Korea and the government over there asked me to talk to Donald Trump about what they want and how we could solve things.”

Grynaviski places Rodman in the larger history of “America’s Middlemen.”