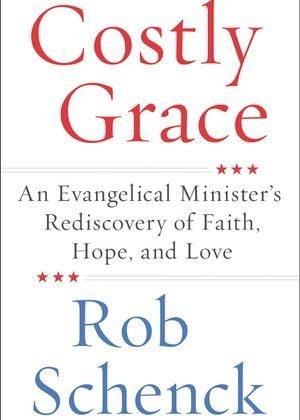 Reverend Rob Schenck was a Christian Right leader who parted ways with his fellow cultural warriors after studying the life of Dietrich Bonhoeffer.  He tells his story in a new memoir: Costly Grace: An Evangelical Minister’s Rediscovery of Faith, Hope and Love.

Here is a taste of his interview with Mother Jones magazine:

MJ: So, when you look at the future, what do you think the result of the evangelical embrace of Trump will be?

RS: I say in the book that the Trump phenomenon may portend the total collapse of American evangelicalism, which for me would be sad, but not the saddest thing. We have an old phrase in evangelical parlance built on some biblical texts: “What the devil means for destruction, God means for good.” So, could God use this terrible thing in the end to bring about a better form of evangelicalism in America? We may reach a toxicity level where the patient must succumb, but we believe in resurrection, so out of death can come life…So, maybe this is the demise of what we now know as American evangelicalism, and largely, the Trump phenomenon is a symptom, rather than a cause. We made this terrible deal with Donald Trump because we were already demoralized. He didn’t demoralize us—he is the evidence of our demoralization.