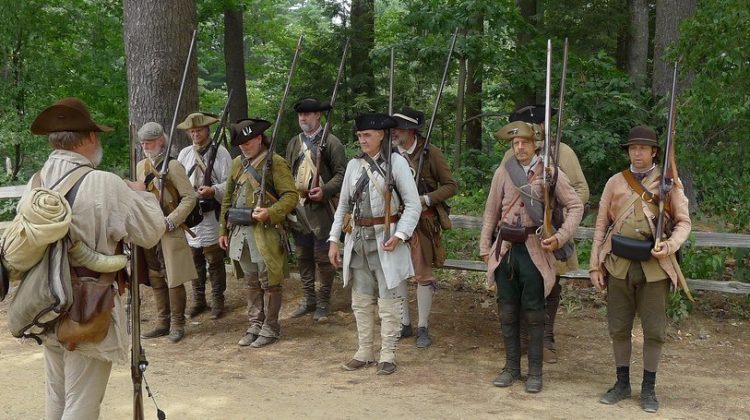 Last month Dennis Baron, a professor of English and linguistics at University of Illinois at Urbana-Champaign, published an op-ed essay in the Washington Post on the language of the Second Amendment to the U.S. Constitution:

Two new databases of English writing from the founding era confirm that “bear arms” is a military term. Non-military uses of “bear arms” are not just rare—they’re almost nonexistent.

A search of Brigham Young University’s new online Corpus of Founding Era American English, with more than 95,000 texts and 138 million words, yields 281 instances of the phrase “bear arms.” BYU’s Corpus of Early Modern English, with 40,000 texts and close to 1.3 billion words, shows 1,572 instances of the phrase. Subtracting about 350 duplicate matches, that leaves about 1,500 separate occurrences of “bear arms” in the 17th and 18th centuries, and only a handful don’t refer to war, soldiering or organized, armed action. These databases confirm that the natural meaning of “bear arms” in the framers’ day was military.

Lawyer Neal Goldfarb checked more variations of the phrase in the same databases and came to the same basic conclusion.

In the 2008 Heller case, as everyone involved in this discussion knows, the U.S. Supreme Court decided otherwise. Writing for the court, Justice Antonin Scalia treated “bear ams” not as an idiom with a military meaning but as a general phrase about carrying weapons.

The data shows otherwise—hardly anyone in the eighteenth century used it as Scalia did. As with the Reynolds case I wrote about here, the court’s finding is simply at odds with historical facts. The Heller ruling overturned legal understandings that prevailed for most of the twentieth century and changed the law going forward, but such rulings can’t change the actual past.