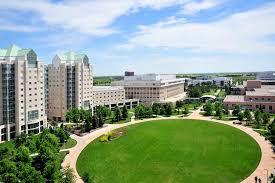 As some of you know, I spent the last couple of days in Regina, Saskatchewan.  The Canadian Society of Church History (CSCH)  invited me to deliver the keynote address at its annual conference.  (Thanks for everything Stuart Barnard!).  The collegial historians associated with the CSCH made me feel very welcome and I thoroughly enjoyed getting to know some of them on Wednesday night at dinner.  (Thanks again for the ride to the hotel Robyn Rogers Healey!) If you get chance to join this organization or attend its annual conference, I highly recommend that you do it!  Next year’s meeting is in Vancouver.

Here is a small taste of my lecture:

In the late 1970s, after a period of relative quietism in the middle of the 20th century, conservative evangelicals composed a political playbook to win back the culture from the forces of secularization.  Most of the 81% of American evangelicals who voted for Donald Trump in 2016 understand the relationship between their faith and their politics through this playbook.  The playbook, which was tweaked occasionally over the years to address whatever moral issues seemed most important at the time, never lost its focus on restoring, renewing, and reclaiming America for Christ through the pursuit of political power.  When executed properly, the playbook teaches evangelicals to elect the right President and members of Congress who will pass laws privileging evangelical Christian views of the world.  These elected officials will then appoint and confirm conservative Supreme Court Justices who will overturn Roe v. Wade, defend life in the womb, and uphold religious liberty for those who believe in traditional views of marriage.

The power that this playbook holds among American evangelicals cannot be underestimated.  Frankly, Jerry Falwell, Pat Robertson, and the rest of the leaders of the Christian Right deserve a lot more credit than they currently receive in general treatments of modern American political history.  Falwell, for example, may be the most important figure in American politics in the post-World War II era.  His playbook has been so successful that most ordinary evangelicals cannot imagine an alternative way of thinking about Christian political witness, even when other evangelicals have proposed alternative options for engagement with public life.

For example, University of Virginia sociologist and cultural critic James Davison Hunter’s has suggested that rather than trying to “change the world” through power politics, Christians might consider thinking about their cultural witness through what he calls faithful presence.  Hunter writes:

I would suggest that a theology of faithful presence first calls Christians to attend to the people and places that they experience directly. It is not that believers should be disconnected from, or avoid responsibility for, people and places across the globe. Far from it…. But with that said, the call of faithful presence gives priority to what is right in front of us—the community, the neighborhood, and the city, and the people in which these are constituted. For most, this will mean a preference for stability, locality, and particularity of place and its needs. It is here, through the joys, sufferings, hopes, disappointments, ­concerns, desires, and worries of the people with whom we are in long-term and close relation—family, neighbors, coworkers, and community—where we find our authenticity as a body and as believers. It is here where we learn forgiveness and humility, practice kindness, hospitality, and charity, grow in patience and wisdom, and become clothed in compassion, gentleness, and joy. This is the crucible within which Christian holiness is forged. This is the context within which shalom is enacted…. Faithful presence… would encourage ambition, but the instrumentalities of ambition are always subservient to the requirements of humility and charity.”

When Christians think that the struggle against abortion can only be pursued through voting for candidates with certain judicial philosophies, then serving at domestic abuse shelters or teaching students at local high schools or sharing wealth with expectant but under-resourced families or speaking of God’s grace in terms of “adoption” or politically organizing for improved education or rezoning municipalities for childcare or creating “Parent’s Night Out” programs at local churches or mentoring young mothers or teaching youth about chastity and dating or mobilizing religious pressure on medical service providers or apprenticing men into fatherhood or thinking of singleness as a vocation or feasting on something called “communion” or rendering to God what is God’s or participating with the saints through Marian icons or baptizing new members or tithing money, will not count as political. How much money and time spent on electing the right candidates might have been used for this kind of political witness?”

Washington Post columnist and former George W. Bush speechwriter Michael Gerson has called for evangelicals to draw from Catholic social teaching as a means of thinking about how the Christian understanding of human dignity might influence public policy.  The National Association of Evangelicals’s recent statement on political engagement, titled  “For the Health of the Nation: An Evangelical Call to Civic Responsibility,” is deeply rooted in Catholic social teaching.

Evangelicals from the Dutch Reformed tradition, guided by the 19th-century Dutch politician Abraham Kuyper, have long advocated for a “principled or confessional pluralism” in which the various “spheres” of society—churches, families, schools, business, agencies of the arts and humanities—are free to exercise authority over their particular spheres.  As historian George Marsden writes, “The primary function of government is to promote justice and to act as a sort of referee, patrolling the boundaries among the spheres of society, protecting the sovereignty within each sphere, adjudicating conflicts, and assuring equal rights and equal protections so far as that is possible.” Marsden adds, “In this richly pluralistic view, society thrives when it promotes the health and integrity of what more recently have often been called ‘mediating institutions.’ Such institutions, likewise, should stay within their spheres of sovereignty.

John Inazu, an evangelical and Washington University-St. Louis law professor has suggested for something similar—he calls it “confident pluralism.”  Inazu writes: Confident Pluralism argues that we can and must live together peaceably in spite of deep and sometimes irresolvable differences over politics, religion, sexuality, and other important matters.  We can do so in two important ways—by insisting on constitutional commitments that honor and protect difference and by embodying tolerance, humility, and patience in our speech, our collective action (protests, strikes, and boycotts), and our relationship across difference.”  New York City megachurch pastor and evangelical author Timothy Keller has championed Inazu’s view.

It is not my intention here to advocate for any of these evangelical approaches to political engagement.  My purpose here today is to note that the Christian Right has rejected all of them, preferring instead to advance their moral, political, and cultural agenda by gaining control of the levers of power.   What is particular telling is that few of these cultural warriors seem to have thought very deeply about what they will do if they ever do gain power.  What happens when the dog catches the bus?  Will the Christian Right try to create a theocracy?  Will they imprison doctors who perform abortions?  Will they ban gay marriage?  Will they require every county seat to display a cross and a copy of the Ten Commandments?   What is their plan once America is restored, renewed, and reclaimed?