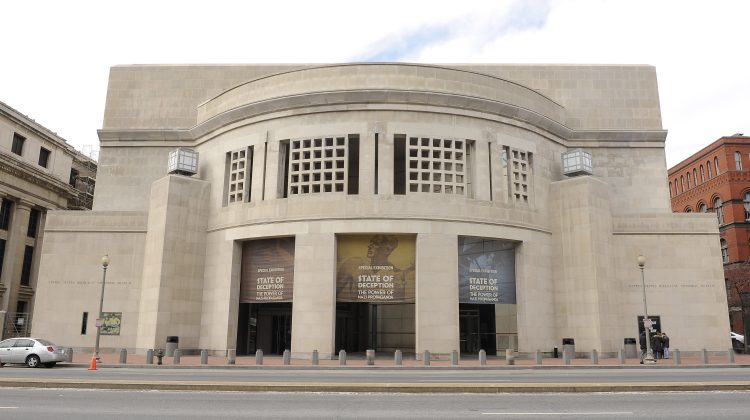 My forthcoming book Believe Me: The Evangelical Road to Donald Trump devotes several pages to Trump’s use of the phrase “America First.”  The United States Holocaust Memorial Museum‘s exhibit “Americans and the Holocaust” was not yet open when I was writing these pages, but if it had been open I am sure a quick trip to Washington D.C. would have inspired some of my writing on this topic.

Over at The Atlantic, Eliot Cohen reviews the new exhibit. Here is a taste:

This might all be an occasion for mere brooding about the past, were there not some jarring echoes for today. The isolationist organization America First gets its share of attention here, and deservedly so. Launched in September 1940, it soon built up a membership of over 800,000. Led by the retired general and business executive Robert Wood, its most charismatic spokesman was the heroic aviator Charles Lindbergh, a strange but inflammatory hero for the isolationists, who was not beyond the occasional Jew-baiting himself. America First opposed the Atlantic Charter issued by Roosevelt and Churchill in August 1941 after their meeting off Newfoundland, presumably including clauses like the pledge to respect the right to self-government. It captured the imaginations of some privileged young men, to include a couple of future presidents and assorted intellectual luminaries. It vanished into thin air after Pearl Harbor, and many of the young men who supported it, like John F. Kennedy and Gerald Ford, changed their views in later years.

America First is, because of its discreditable history, a disreputable slogan, which has not prevented President Trump from embracing it and subordinates who know better from defending it. In so doing, they unwittingly undermine their other slogan, “Make America Great Again,” because the America of the 1930s was not all that great. There were—as we have been reminded by the opening of the National Memorial for Peace and Justice—the pitiless murders of African Americans by lynch mobs. There were scores of such killings in the 1930s. There was casual and open bigotry and discrimination against Jews and other religious and ethnic groups. If Roosevelt proclaimed the Four Freedoms in his 1941 State of the Union address—freedom of speech, freedom of worship, freedom from want, and freedom from fear—the great objectives of the struggle that impended, it was not because America was contentedly enjoying them and wished to share in their bounty, but because he knew that they had to be fought for, at home and abroad simultaneously.