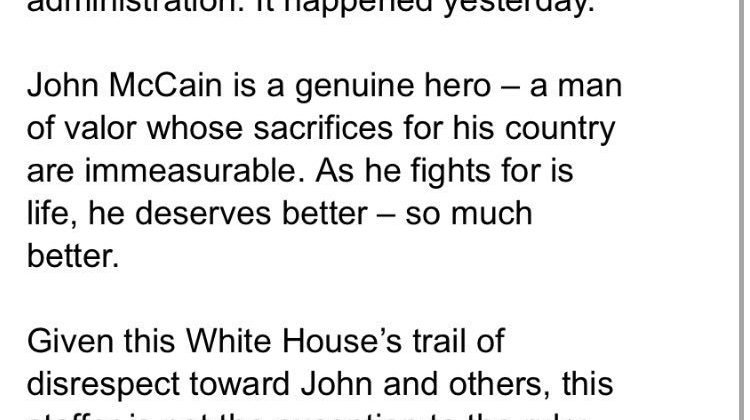 By this point you have heard about White House aide Kelly Sadler’s comment about John McCain. Sadler said that John McCain’s opposition to Donald Trump’s CIA nominee “doesn’t matter” because “he’s dying anyway.”  The remarks are awful, but I have two additional questions: