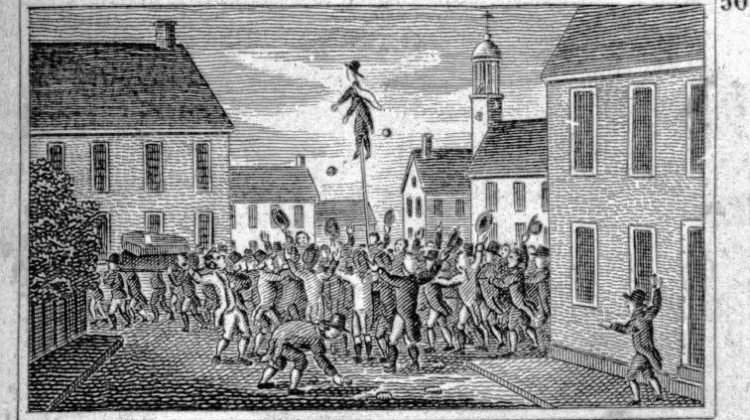 I really enjoyed thinking through Nathan Perl-Rosenthal‘s post at Panorama titled “The Hourglass Effect in Teaching the American Revolution.”  Here is Perl-Rosenthal’s description of the so-called “hourglass effect”:

Many of us who teach the American Revolution in an Atlantic and global context have run into the “hourglass problem:” A course that is geographically capacious at the beginning and the end but narrows in the middle to eastern North America. This post analyzes that problem and examines some solutions, one of which draws on my essay, “Atlantic Cultures and the Age of Revolution,” published in last year’s WMQ-JER joint issue (William and Mary Quarterly 74, no. 4,  667–696).

The hourglass problem arises from trying to synthesize old and new ways of seeing the American Revolution in a single course. You probably start your class with a wide-angle early modern frame: Big, oceanic topics like global empire, Atlantic slavery, and the consumer revolution are good for framing and explaining the coming imperial crisis. But before long, the course’s terrain contracts as you turn to the traditional chronology of the Revolution. One feels the squeeze already with the Sugar, Stamp, and Townshend Acts. After early 1770, it gets hard to leave eastern North America. First one is in Boston for the Massacre, then explaining the local politics of the Coercive Acts, followed by Lexington and Concord, and the debate over independence. The same goes for the war years and the critical period. A reopening outward typically only gets underway in the 1790s….

The geographic cinching-up of the 1760s and 1770s, by temporarily shutting out events anywhere but North America, paradoxically ends up reinforcing the very exceptionalist narrative of the Revolution that a wider lens is supposed to help us avoid. The wider world may play its part in the revolutionary era, this approach implies, but during the crucial period of the 1770s and 1780s there is a particular and special North American story that must be told.

Perl-Rosenthal offers some interesting suggestions for avoiding this hourglass problem, which he believes “reinforces the very exceptionalist narrative of the Revolution that a wider lens is supported to help us avoid.”  I encourage you to read the entire piece.

As I read Perl-Rosenthal’s post I was struck by the presuppositions that guided the piece.  It is assumed that any discussion of local narratives is bad or somehow contributing to American exceptionalism.  He uses terms like “traditional chronology” as if that is a bad thing.  Those who get too caught-up in this narrative “feel the squeeze.”  And, of course, the word “exceptionalism” is a very loaded term with negative connotations in the academy.  (In some ways, I would argue, the American Revolution was an exceptional event, even as it was shaped by global forces).

Maybe I am just too old and traditionalist, but I do think that a course in the American Revolution still has a civic function to play in the development of our students and this can be done without falling into unhealthy forms of nationalism.