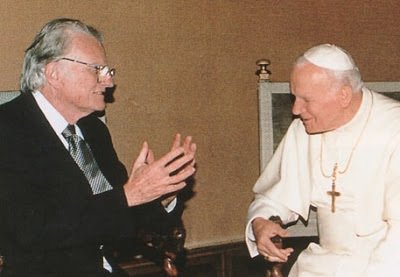 Matthew Walther‘s recent piece at The Week raises an issue I have been thinking about for a long time.  What do evangelicals who affiliate with the Republican Party have to do with Catholic social teaching?  Here is a taste:

The affair of Fr. Patrick Conroy’s tendered and withdrawn resignation as chaplain of the House of Representatives is one of those regrettable incidents in our public life that nevertheless has the virtue of bringing to light certain things that most politicians would prefer to be kept in the dark.

Among these is the tenuous strength of the Republican alliance between Catholics and evangelical Protestants born of supposedly shared values. In fact, few shared values exist.

The most cited example is their supposedly mutual opposition to abortion. For a Catholic there is rigorously defined teaching about what it means to affirm that human beings are made in God’s image and possessed of an inherent metaphysical dignity; this is why we reject not only abortion but artificial birth control and eugenics and in-vitro fertilization and cloning, and why we insist upon the just wage and the harmonious cooperation of social classes; why, in the face of the mass exterminations of the 20th century the modern popes have (perhaps too forcefully) cautioned against use of the death penalty. Among evangelicals, who only recently decided that abortion should be illegal and in many cases grant so-called “exceptions” that permit the murder of children so long as they were conceived in sufficiently barbarous circumstances, this opposition is a crudely fideistic, if welcome, development. It exists in complete isolation from the other propositions about human nature that for Catholics make it comprehensible. This is why it is also difficult to make sense of the Protestant strictures against homosexuality except as a species of bigotry, appearing as it does against a backdrop of tacit, and at times explicit, approval of divorce, concubinage, contraception, and other disordered practices within marriage, fornication, and self-abuse.

I should say that the National Association of Evangelicals’ call to civic responsibility is much more connected to Catholic social teaching than the political theology (if you can call it that) of the Christian Right.