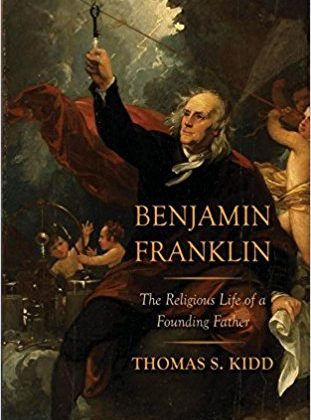 Earlier today we did a post on Franklin Graham’s statement that Donald Trump’s adulterous affair with Stormy Daniels was “nobody’s business.”  His views on these things have apparently changed.  This 1998 piece is really revealing:

Few people have lived a more public life over the past 50 years than has my father, Billy Graham. I can assure you that the Billy Graham you see in public is the same one we children have seen at home. He has spent a lifetime making sure that his public ministry is confirmed in his private behavior.


The topic of private vs. public behavior has emerged as perhaps the central moral issue raised by Bill Clinton’s “improper relationship” with Monica Lewinsky. Much of America seems to have succumbed to the notion that what a person does in private has little bearing on his public actions or job performance, even if he is the president of the United States.

Last week Mr. Clinton told 70 million Americans that his adulterous actions with Ms. Lewinsky were a “private” matter “between me, the two people I love the most–my wife and our daughter–and our God.”

But the God of the Bible says that what one does in private does matter. Mr. Clinton’s months-long extramarital sexual behavior in the Oval Office now concerns him and the rest of the world, not just his immediate family. If he will lie to or mislead his wife and daughter, those with whom he is most intimate, what will prevent him from doing the same to the American public?

Private conduct does have public consequences. Some of Mr. Clinton’s defenders present King David of the Bible, one of history’s great leaders, as an example as they call on us to forgive and forget the president’s moral failings. Since God pardoned David’s adulterous act with Bathsheba, the reasoning goes, we should similarly forgive Mr. Clinton.

But forgiveness is not the end of David’s story. Huge consequences followed immediately. The prophet Nathan confronted David with the news that while his life would be spared, the life of his child would be extinguished after just seven days on earth. Bathsheba’s husband and others were killed in an attempt to cover up the illicit affair. David, who confessed his sin when confronted by Nathan (perhaps God’s special prosecutor), also witnessed a bloody coup attempt by his own son, Absalom. He was never the same king.

The private acts of any person are never done in secret. God sees and judges all sin, and while He seeks to restore the offender with love and grace, He does not necessarily remove all the consequences of our sin. As a boy I remember my mother telling me of the consequences of sin. Like a boat, whose wake can capsize other boats, sin leaves a wake. Just look at how many have already been pulled under by the wake of the president’s sin: Mr. Clinton’s wife and daughter, Ms. Lewinsky, her parents, White House staff members, friends and supporters, public officials and an unwitting American public.

Mr. Clinton’s sin can be forgiven, but he must start by admitting to it and refraining from legalistic doublespeak. According to the Scripture, the president did not have an “inappropriate relationship” with Monica Lewinsky–he committed adultery. He didn’t “mislead” his wife and us–he lied.

Acknowledgment must be coupled with genuine remorse. A repentant spirit that says, “I’m sorry. I was wrong. I won’t do it again. I ask for your forgiveness,” would go a long way toward personal and national healing.\

The scandal of Mr. Clinton and Ms. Lewinsky has forced us to examine the morality of public and private behavior with new intellectual and spiritual vigor. There needs to be no clash between personal conduct and public appearance. Throughout my life, I have seen consistency of the two in the Graham house. I pray this will also be true in the White House.

Thanks to Kyle Mantyla for sending this my way.

Franklin Graham is not the first court evangelical to forget about what he said in 1998.