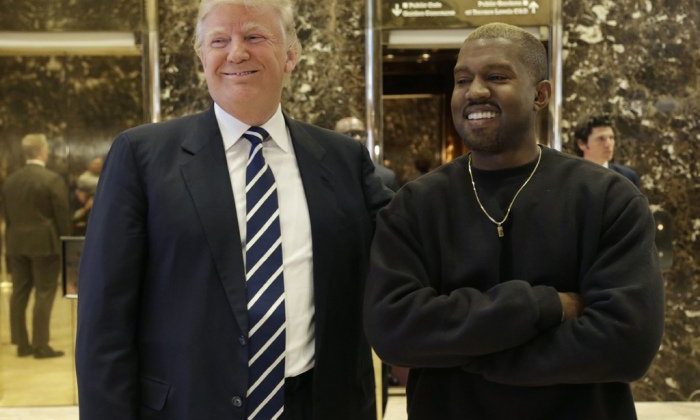 Yesterday we posted a link to Princeton University historian Kevin Kruse’s history lesson for rapper Kanye West.  Today it is Jim Cullen‘s turn to provide a lesson.  Cullen teaches history at Ethical Culture Fieldston School in New York.  Here is a taste of Zach Schonfeld’s interview with Cullen at Newsweek:

Did you know that Abraham Lincoln was a Republican?

West, who seems to be experiencing some sort of political and philosophical awakening in real time since praising President Trump and declaringthe 45th president “my brother” six days ago, tweeted out a text exchange on Monday with someone named “Steve.” In the texts, Steve notes that Lincoln “freed and protected the slaves and he was Republican. Republicans were the ones who’s [sic] helped black people.” (The tweet—which prompted an avalanche of people trying to explain grade-school history to a major rapper—has since been deleted, but you can find it archived here.)

This is fairly common Republican rhetoric: By proclaiming itself the party of Lincoln and the Abolitionist movement, the modern GOP easily obfuscates the ways in which its racial politics and political coalition drastically transformed throughout the 20th century. In other words: It’s a long, long road from Abraham Lincoln to Donald Trump. And West’s friend Steve seems to have confused the rapper by failing to give any historical context for political party realignment. (West subsequently tweeted out some texts from John Legend trying to explain some of this, but that tweet has also been deleted.)

We asked Jim Cullen, a high school history teacher at the Ethical Culture Fieldston School in New York and the author of The American Dream, among other books, to explain the changes in the Republican and Democratic parties to West. (Please, can somebody text this link to Kanye?)

Kanye has just discovered that Abraham Lincoln was a Republican. He tweeted an exchange saying that “Republicans were the ones [who] helped black people.” Do you think his tweet is misleading, given the two-party system as it exists today

Well, it’s factually correct. The Republican party was the party of Lincoln and it was the party of African Americans for at least a half century after the Civil War. That didn’t really begin to change until the 1930s and didn’t finish changing until the 1960s. To illustrate the point, the reverend Martin Luther King Sr. was a Republican, as most African Americans were.

Can you give a brief summary of how the GOP voting coalition has changed since the Civil War and Reconstruction era?

For about 70 years after the Civil War, African Americans were a key voting bloc for the GOP, both in the South, and increasingly in Northern cities, which could be very competitive in local, state and federal elections. This was especially true for middle-class and entrepreneurial African Americans. The first wedge in this coalition appeared during the New Deal, notably with the Executive Order 8802, signed by FDR to prohibit discrimination in the defense industry. Black flight to the Democrats intensified over the course of the 1960s, and was largely complete by the end of the century.