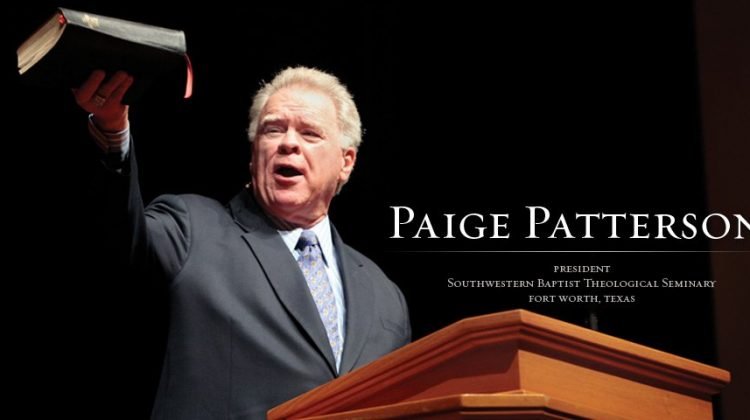 Ed Stetzer‘s piece at Christianity Today confirms everything I have heard about Paige Patterson’s authoritarian rule at Southwestern Baptist Theological Seminary.  Stetzer writes in the wake of this.

Because of the Conservative Resurgence and the role that he has played for decades, Patterson is one of the most significant leaders in SBC life, and one who does not often get criticized without the critic receiving significant backlash.

I know this first hand.

In 2008, I first publicly criticized Southwestern for the way certain faculty members were (repeatedly) registering disagreement with the results of our research. That day, several SBC leaders told me it was my last day as an SBC employee. As one son of an SBC entity told me, “Nobody criticizes Paige Patterson and keeps their job.”

I still have the letter from Patterson. It was not the last.

Stetzer goes on to chronicle some of Patterson’s recent antics.

Here is Stetzer on Paige Patterson’s role in the conservative takeover of the Southern Baptist Church in the late 1970:

In the aftermath of the Conservative Resurgence, the SBC made a mistake. We spent more time taking victory laps than really leading. We let our history become mythology. We turned men into heroes, and then we turned our heroes into gods.

…Patterson, in a sense, built an era. I am glad. I am a Southern Baptist today because of its inerrantist theology, and I’ve personally benefited from that era and from the SBC that he helped create.

But many SBC leaders I know think this and privately acknowledge that it is time for a new era.

They can’t say it because of the unofficial rules, so let me say it.

If Patterson preaches at the SBC, he will, because of his past work, get a standing ovation. Every news story will point to that moment, tie it together with the accusations against Paul Pressler, and say that Southern Baptists don’t take abuse seriously.

And it’s not just a public relations crisis. It’s a message to women that we must not send.

I think a better way forward is to think of the SBC’s future mission rather than Paige Patterson’s past success, and I hope he desires the same for the SBC he gave his life to.

Thank you, Dr. Patterson, for your service. You did the right thing when it was hard. Now, let me encourage you to do so again. Thank you for thinking first of the SBC as you step into a well-earned retirement.