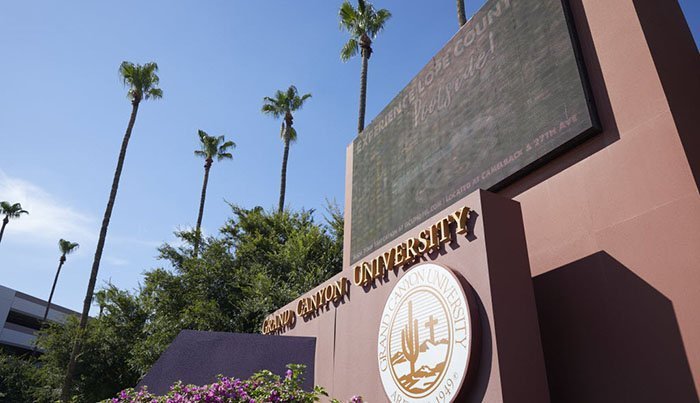 Over the weekend Jack Jenkins of Religion News Service reported that Liberty University can no longer be considered the “world’s largest Christian university.”  That designation now belongs to Christian for-profit powerhouse Grand Canyon University (GCU).  We covered this here.  (Grand Canyon is trying to return to its original non-profit status).

Apparently GCU does not meet the Falwell Jr. standard of doctrinal purity.

Jenkins has written a follow-up piece to his story.  I was happy to contribute.  Here is a taste:

“Our definition of a Christian university only includes universities who hire faculty who adhere to fundamental Christian doctrine. GCU does not. Liberty does,” Falwell said in a statement provided to RNS.

GCU officials said they do require faculty to sign a statement saying they understand the school’s Christian values.

When told of Falwell’s statement, GCU officials said they have the “utmost respect for Liberty and its mission as a Christian university,” but disputed Falwell’s characterization of their school.

“As a Christian institution, GCU is committed to distinctively Christian approaches toward education that are grounded in theological conviction, development of sound character, and the capacity to live in ways that honor God, benefit others and contribute significantly to the common good,” reads a statement from GCU.

Falwell said his definition of “fundamental Christian doctrine” was based on his own school’s doctrine of faith, and he “may not understand GCU’s hiring policies.”

John Fea, professor of history at Messiah College and an expert on American evangelicalism, said Falwell’s reaction reflects broader debates over the definition of “Christian,” including some evangelicals who “do not see Catholicism, Eastern Orthodoxy, or even mainline Protestantism as true Christians.”

“Why would you argue over such semantics?” Fea continued. “Why would it be important to claim that you are the largest Christian university in the world other than to use this as a platform for your own theological and, in Falwell’s case, political agenda?”