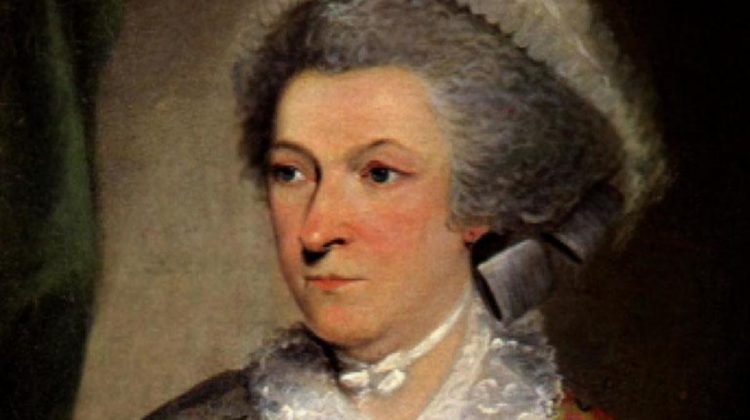 Over at The Panorama, Texas State University history professor Sara T. Damiano reflects on teaching women’s history in the era of the American Revolution. She gives particular attention to Abigail Adams’s famous “Remember the Ladies” letter.

The well-known exchange between Abigail and John Adams offers a pithy example of opportunities foreclosed for women during the revolutionary era. On March 31, 1776, Abigail urged John to “Remember the Ladies” and to “not put such unlimited power into the hands of the Husbands” because “all men would be tyrants if they could.” Two weeks later, John brushed off Abigail’s “saucy” admonition, stating, “I cannot but laugh.” He maintained that men “have only the Name of Masters” and that surrendering this “would completely subject Us to the Despotism of the Peticoat.”[ii]

As a teacher, I am tempted to play up this exchange between Abigail and John. It seemingly stands in for the revolution writ large: Despite some women’s urging, the Founders failed to “Remember the Ladies.” And, it captures undergraduate interest. Particularly in my upper-level women’s history courses, students admire the spunk and assertiveness of Abigail Adams, whom they see as articulating an early version of modern feminism.

Yet, especially in light of my contribution to the October joint issue of the William and Mary Quarterly and the Journal of the Early Republic on “Writing to and from the American Revolution,” I worry about my role in facilitating such views of the American Revolution and Abigail Adams. If we aim to teach students to analyze the foreignness of the past, then we undercut our work by focusing only on the quest for “rights.” Doing so arguably flattens other aspects of historical actors’ lives and even marginalizes those individuals who were not necessarily thinking in terms of “rights.”