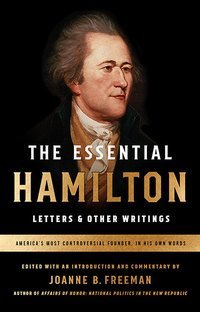 We are happy to have Julianne Johnson writing for us this weekend from the floor of the annual meeting of the Organization of American Historians in Sacramento.  Julianne is a Ph.D student at Claremont Graduate University and Assistant Professor of History at College of the Canyons in San Clarita, California.  Enjoy!  –JF

Friday morning’s 8am session Historians on Hamilton at the OAH conference was uncharacteristically full.  Scholars Patricia Herrera of the University of Richmond, Claire Bond Potter of The New School and Renee Romano of Oberlin College led a panel discussion surrounding their contributions to a new book from Rutgers University Press titled Historians on Hamilton; How a Blockbuster Musical is Restaging America’s Past.  Romano and Potter are both editors of, and contributors to, the book.  The panel discussion approached the phenomenon of Lin Manuel Miranda’s Hamilton The Musical by interrogating how the show has been received, how the show is revolutionary, and what historians can learn from the show about how to communicate the past to popular audiences.

All three panelists challenged the audience to consider how Hamilton The Musical does history.  Renee Romano, Professor of History, Comparative American Studies, and Africana Studies at Oberlin, considered Hamilton in the context of historical memory and what she describes as a “new civic myth.”  Romano questioned whether Hamilton The Musical is expanding the circle of “we” for Americans by offering young people of color a sense of belonging and challenging white audiences to accept minorities in the roles of our founding generation.

Patricia Herrera, Professor of Theater at the University of Richmond, told a heartwarming story of her experience listening to Hamilton The Musical with her children while taking a road trip throughout our nation’s national parks.  Her young daughter’s desire to be Angelica Schuyler for Halloween pushed Herrera to interrogate how Hamilton The Musical conflates the historical figure of Angelica the slave owner with the beautiful African American actress playing her on stage.   For Herrera, the national parks and the musical perform a similar function.  The parks represent beautiful democratic vistas and leisure for white Americans on the backs of a tragic narrative for Native Americans.

Finally, Claire Bond Potter, Professor of History at the New School, discussed her interest in Hamilton The Musical and Miranda from a social media perspective.  Her chapter in the book, “Safe in the Nation We’ve Made,” looks at how the musical reaches a large audience on social media, allowing for a more authentic connection and turning fans into cultural investors.

Palpable throughout the panel discussion was the historians’ respect for Miranda’s work and a hope that other historians will use the musical as an entry into teaching and talking about history. At the end of the session, the line in the exhibit hall to purchase the book had the Rutgers staff sweating.  I secured my copy and am happily reading it now.