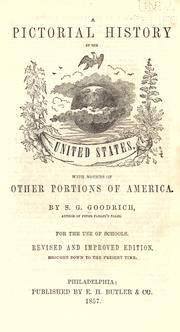 Harvard’s Donald Yacovone has an interesting piece at The Chronicle of Higher Education on the history of American textbooks and their representation of race.  Here is a taste of “Textbook Racism: How scholars sustained white supremacy“:

There it sat on a library cart with 50 other elementary, grammar, and high-school history textbooks, its bright red spine reaching out through time and space. As I opened the book’s crisp white pages, it all came back. My loud gasp startled those near me at the special collections department of Harvard University’s Monroe C. Gutman Library. Exploring the New World — published repeatedly between 1953 and 1965 — had been assigned in my fifth-grade social-studies class in Saratoga, Calif.

As part of a broader study of the legacy of the antislavery movement and the rise of the modern civil-rights era, I wanted to assess how abolitionism had been presented in textbooks. I imagined a quick look. Instead, I found myself immersed in Harvard’s collection of nearly 3,000 U.S. history textbooks, dating from about 1800 to the 1980s. Without intending, I had become engaged in a study of how abolitionism, race, slavery, and the Civil War and Reconstruction have been taught for generations.

After reviewing my first 50 or so textbooks, one morning I realized precisely what I was seeing, what instruction, and what priorities were leaping from the pages into the brains of the students compelled to read them: white supremacy. One text even began with the capitalized title: “The White Man’s History.” Across time and with precious few exceptions, African-Americans appeared only as “ignorant negroes,” as slaves, and as anonymous abstractions that only posed “problems” for the supposed real subjects of history: white people of European descent.

Read the rest here.  To the extent that American history textbook publishing reflected the concerns of the larger society, this should not surprise us.