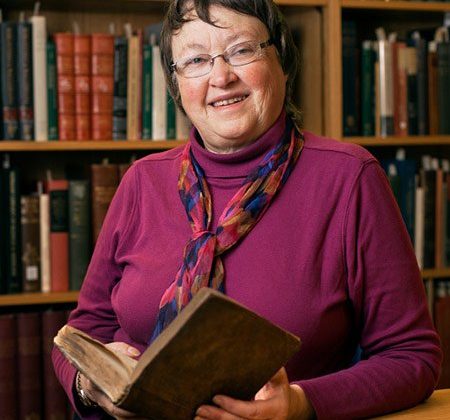 Norton is the president of the American Historical Association and Mary Donlon Alger Professor of American History at Cornell University.   She reflects on her experience as a woman in the academy in a Chronicle of Higher Education article titled “The Awakening: Women and Power in the Academy.”  Here is a taste of Norton’s contribution:

In three books on 17th-century Anglo-America, I have focused on women who exercised or sought power: Anne Hutchinson, a religious leader in early Massachusetts; Lady Frances Berkeley, the aristocratic wife of the governor of Virginia in the 1670s; and the so-called “afflicted girls” of Salem, Mass., in 1692, who for a few months upended normal hierarchies with their complaints about witchcraft. In the first two instances, the women in question were high status, living in a world in which status was more important than gender, and in which low-status men were expected to defer to high-status women as well as to high-status men. In the third case, the young women were low status, many of them servants, thus making their impact on society so shocking that we still puzzle over how to interpret and explain why their accusations led to such disastrous consequences.

It might seem that academic hierarchies are comparable to the early modern world I have spent so many years studying. Are tenure and a full professorship at a university the equivalent of 17th-century aristocratic standing for women? Superficially the analogy might appear correct, but it ignores the intervening centuries, when — starting in the early 18th century — gender came to override status to such an extent that all women, regardless of their rank, were denied access to the reins of power. That history of the overwhelming effect of gender on one’s identity remains relevant for female academics today. But it can be minimized, as my career suggests.

In 1969, I joined the history department at the University of Connecticut at Storrs. I had three female colleagues: two other junior women and a senior chaired professor, a rarity in those days. Yet that pattern was familiar to me from my undergraduate education at the University of Michigan, where the only woman in the history department was a distinguished older scholar. Harvard, my graduate institution, had just one female historian, who was untenured and had been selected from among recent Harvard Ph.D.s. I learned subsequently that both the senior women I knew had experienced significant gender discrimination during their careers.