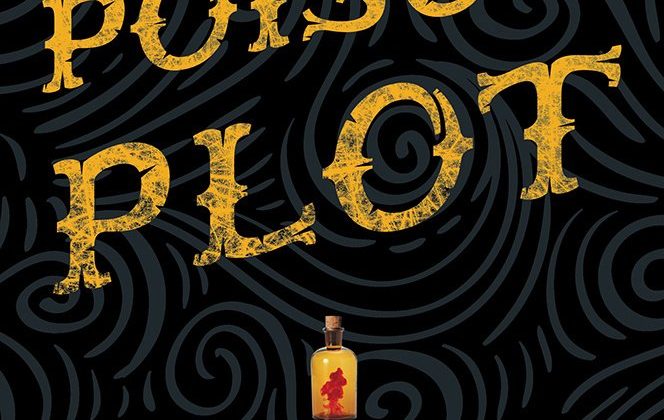 Elaine Crane is Distinguished Professor of History at Fordham University. This interview is based on her new book, The Poison Plot: A Tale of Adultery and Murder in Colonial Newport (Cornell University Press, 2018).

JF: What led you to write The Poison Plot?

EC: Mary and Benedict Arnold were a badly matched couple. The documents I stumbled on relating to Benedict’s divorce petition were salacious, and I needed little tempting to write a story that would upend everything we thought we knew about prim and proper New England. As I became more and more interested in both microhistory and legal history, the Arnold saga seemed a perfect way to combine both interests in a readable narrative.

JF: In two sentences what is the argument of The Poison Plot?

EC: I’m not really trying to make an argument or support a thesis. I’m a writer telling a story, and the title simply alerts potential readers to what the story is about. On the other hand, the book’s subtext highlights female dependence in an eighteenth century society that thrives on male dominance. And although I never actually say so, it is an indictment of consumerism.

JF: Why do we need to read The Poison Plot?

EC: Nobody NEEDS to read it. But if any bookworm is interested in a small local incident that has international implications; if any reader wants to understand that early Americans were in many ways much like us; if any history lover is turned off by ponderous words and long winded sentences; if anyone is smitten by historical crime stories, then maybe, just maybe such a person would like The Poison Plot.

EC: I was greatly influenced by Clinton Rossiter, one of my undergraduate professors at Cornell. The other great influence was the first feminist movement, during which I realized how much I wanted an academic career.

EC: I’ve started to unravel the story of an eighteenth century vintner and his Native American servant. As usual, the documents will tell me what to say.