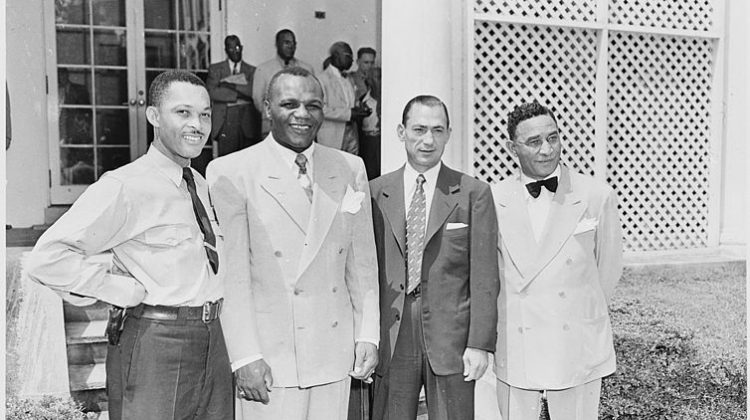 This is a fascinating piece.  Over at Religion & Politics, Washington University professor Lerone Martin shows how the FBI used Elder Lightfoot Solomon Michaux, a popular black radio preacher and televangelist, to discredit Martin Luther King and the civil rights movement.

In an FBI memo following the historic March on Washington, the FBI labeled King “the most dangerous and effective Negro leader in the country” and the nation’s top domestic security risk. The bureau had no evidence that King was a communist; in fact, the FBI concluded King and the civil rights movement he led were too religious to be influenced by communism. Contrary to the evidence, though, Hoover persisted in believing King had fallen under the influence of godless communism. King was leading the nation “in a form of racial revolution,” so he had to be stopped. On the same day the memo was drafted, the FBI sought Michaux’s help. The evangelist immediately launched a coordinated public critique against King and the gospel the civil rights minister preached. Michaux preached a radio sermon from the nation’s capital on CBS Standard and FM radio affiliates. The homily opposed the March on Washington and King’s historic “I Have a Dream” speech. Michaux used the Lord’s Prayer from the Gospel of Luke as his sermon text, proclaiming that King’s dream of racial equality would only materialize when God’s rule was established in the hearts of men. “Yes, righteousness will flow like a mighty stream,” Michaux said, quoting King. However, he qualified, it would only happen “when the kingdoms of this world become the Kingdom of our Lord and Savior, Jesus Christ—but not until then according to God’s Word.” Advocating for legislative change was futile, according to Michaux; changing hearts was the only way to bring about racial equality. He closed the sermon by telling his listeners to cease marching and simply “seek to do the will of God and be blessed.” It was one thing to hear this from white evangelists like Billy Graham, but it was a weightier matter to hear it from a pioneering black cleric.

Here is an example of Michaux in action: