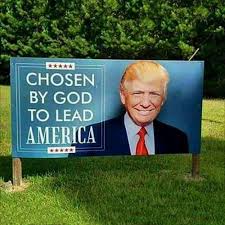 According to political scientist Tobin Grant, when pollsters talk about “evangelicals,” what they “really mean are ‘white, non-Hispanic Protestants.”  Polls, of course, are not perfect, and this is particularly true when it comes to religion.  Many polls have claimed that 81% of white evangelicals voted for Donald Trump.  This number is based on a voter’s self-description as “born-again or evangelical Christian.”  It says nothing about the theological or spiritual content of that voter’s faith, or whether he or she attends church on a regular basis.  As a result, the number of devout, theologically orthodox, born-again, weekly-church-going evangelicals who voted for Donald Trump is probably lower than 81%.

As I wrote in Believe Me: The Evangelical Road to Donald Trump, I wrestled with how to explain the term “evangelical.”  In the book, I focus specifically on white evangelicals.  Black and Hispanic evangelicals did not vote for Donald Trump in such large numbers.

If the number of white evangelicals voters who voted for Trump is indeed lower than 81% percent, the real number (which is virtually impossible to nail down) is still quite large.  This, I argue, is a serious problem for white evangelicals and their witness in the world.

Finally, whether the the evangelicals who voted for Trump are church-going, born-again Christians or nonpracticing cultural Christians who simply claimed the label “evangelical” during the exit poll, they still made a public declaration of their religious identity, which I take seriously.

For another recent discussion of the 81% see Kristin Kobes Du Mez’s recent piece at The Anxious Bench: “Defining Evangelicalism and the Problem of Whiteness.”