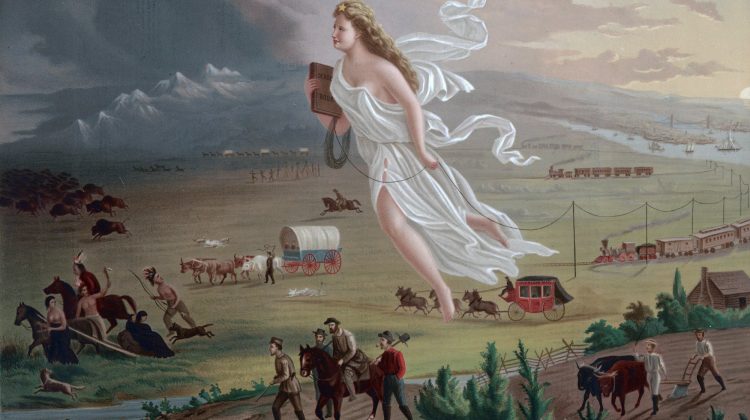 I responded with a couple of tweets:

Some of this is true. Many founding fathers were farmers in the sense that they owned farms where slaves and servants worked. And to claim that the “continent was tamed by farmers” is a pretty racially-charged statement. Who did these farmers “tame” out there on the frontier? https://t.co/jhMTzlm6Rc

Having said that (see my previous tweet), our country was partially built on the backs of farmers who worked the land and fought for independence. History is complex. https://t.co/jhMTzlm6Rc

Not everyone was happy with me:

Dude, you are off your rocker if you read racism into that tweet. It makes me think you may have some racism inside you to even think that way. And farmer John Adams had no slaves. ?

I interpret it to mean settle literally “wild” frontier full of all sorts of wildlife and other matters controlled completely by Mother Nature. I can’t believe people like you make nearly everything about some racial issue. Says much about you.

I thought about this series of tweets again when I read H.W. Brand’s piece at the website of the History Channel.  It is a (very) short introduction to Americans’ relationship to the land.  Here is a taste:

Before long, a critical mass of Americans joined Washington in concluding they needed a government of their own. Complaints over taxation and other issues joined the land question in triggering the American Revolution, which ended with the Americans in possession of the Ohio Valley and much more.

The new land proved the British right about one thing: More western settlement meant more trouble with the Indians. To the tribes of the Ohio and Mississippi valleys, American independence was a disaster. The Americans were more aggressive in seizing land than the British had been. Often tribes secured treaties from the governments of the white settlers, but those treaties rarely inhibited the whites from taking what land they wanted.

At times the Indians resisted. In the first years of George Washington’s presidency, an Indian confederacy that formed in the region between the Ohio River and the Great Lakes inflicted a series of defeats upon settlers and local militia groups. They received arms and moral support from the British, who, still stinging from the loss of their 13 American colonies, were happy to provoke trouble for the upstart republic.

Washington summoned one of his lieutenants from the Revolutionary War, Anthony Wayne, known as Mad Anthony for his impetuous style of command. Wayne led America’s first federal army under the Constitution, called the Legion of the United States, against the Indian confederacy and won a decisive victory at the Battle of Fallen Timbers, near modern Toledo.

The victory allowed the settlement of Ohio, but it meanwhile foreshadowed a century of struggle between whites and Indians over land along the westward-moving frontier.