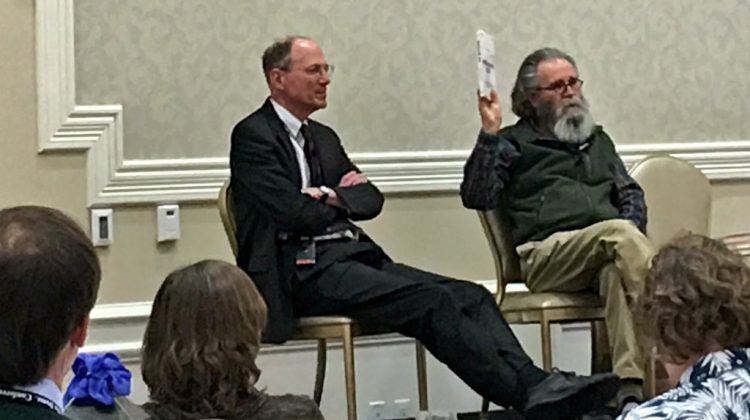 John Wilson (former editor of Books & Culture) and Mark Noll were apparently talking about Believe Me: The Evangelical Road to Donald Trump earlier today in South Bend at a conference honoring Noll and his work.  Or at least that is what Twitter tells me:

Noll: Fea’s book, there’s a little bit of pique and a little bit of anger, but not too much. He tries to explain this with empathy and with long view of history. For those of you who are younger, of course, @JohnFea1‘s book will be a primary source. #nollconference

Plug from @jwilson1812 of @JohnFea1, with John Wilson & Mark Noll holding up a galley of “Believe Me,” forthcoming from @eerdmansbooks. (I also read the galley, and it’s as good as they say.) #nollconference

A blurb from Jana Riess is forthcoming. Here is Mark Noll’s “official” blurb: