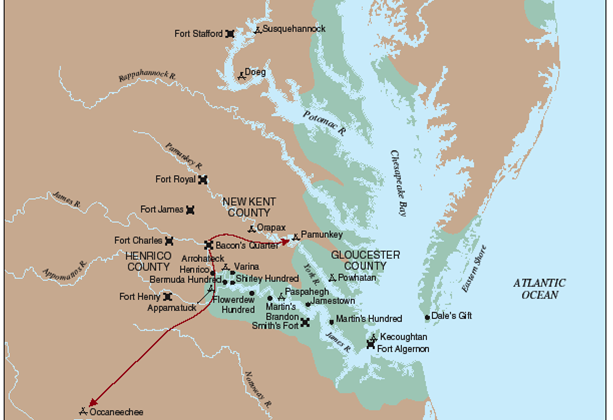 We covered Bacon’s Rebellion yesterday in my U.S. survey class.  Like last year, the subject seems more relevant than ever.  I wrote this piece a few months ago at The Panorama:

In Spring 2017, I gave a lecture to my history students about a man of privilege, wealth, and power who took up the cause of a growing band of disgruntled, poor, fearful, white Americans. These Americans believed that the government was not listening to their concerns. They were angry about their lack of opportunity and political representation. They felt threatened by their encounters with people from another race and culture. The man of privilege heard their cry and led them in a rebellion that temporarily drove the ruling class from power. To the extent that some of the ruling class owned land near major rivers, it might even be fair to say that this rebellion was an attempt to “drain the swamp.”