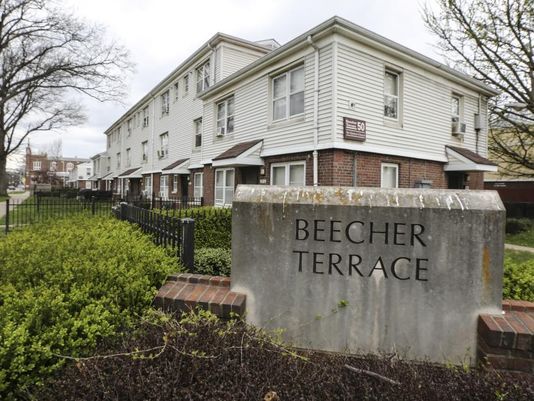 Over at History News Network, book historian Jonathan Rose discusses a 1943 study of African American reading habits in Louisville.  Here is a taste:

In 1943 a study of reading habits was conducted in Beecher Terrace, a black Louisville public housing community. At this point “the projects” were new, clean, and well maintained, a vast improvement over the hovels they replaced, and not yet ridden by crime and drugs. The residents were nearly all domestic, service, and industrial workers, but only 11 percent of households were headed by single mothers, and the unemployment rate was just 4.4 percent. As for schooling, 44.2 percent had some elementary education, 44.8 percent had attended high school, and nearly 10 percent had some exposure to higher education. Beecher Terrace offered a range of social and recreational services and was located near a black business district and a segregated branch public library. It was a stable and hopeful community, and although life wasn’t easy, it was improving.

The investigator, Juanita Offutt, visited all 616 homes and interviewed the residents about the books they owned, read, and borrowed from the library. And when she asked about their leisure activities, the most popular answer, volunteered by nearly a third of all residents, was reading. A 1938 study of Cincinnati had found that 34 percent of black homes were bookless, but the figure for Beecher Terrace was just 7.3 percent, though four times as many had only a Bible, and another 13.1 percent only a Bible and dictionary. Nearly half of the Beecher Terrace homes had more substantial libraries, averaging 3.7 novels, 2.3 religious books, and 1.5 works of non-fiction.

And Offutt found seventeen sex manuals, including Krafft-Ebing’s Psychopathia Sexualis, but mostly common-sense guides for married couples, such as Harland W. Long’s Sane Sex Life and Sane Sex Living. As Offutt conceded: “Frequently the tenants admitted that the books were given to them and that many of them had not been read by any one in the family.” But the sex guides clearly had been bought and thumbed through.

Very few households regularly subscribed to magazines, but some were bought and read at least occasionally: the most popular were Life (23.3 percent of homes), True Stories (21.9 percent), Good Housekeeping (13. 1 percent), and the Ladies Home Journal (8.2 percent), compared to just 3.1 percent for Time and 1 percent for the Crisis, the NAACP organ.

Four out of five households read the Louisville Defender, the local black weekly, a comparable proportion read the white-owned Louisville dailies, and only 5.5 percent of households never took in a newspaper. (In 1943 total circulation for African-American newspapers was 1,613,255, more than triple the figure for 1910, and rising rapidly.)