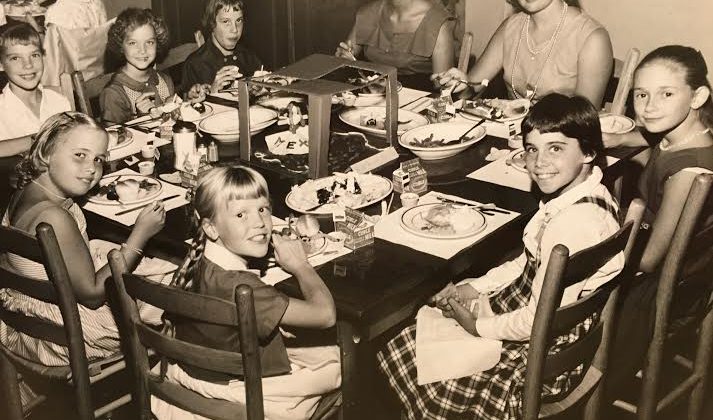 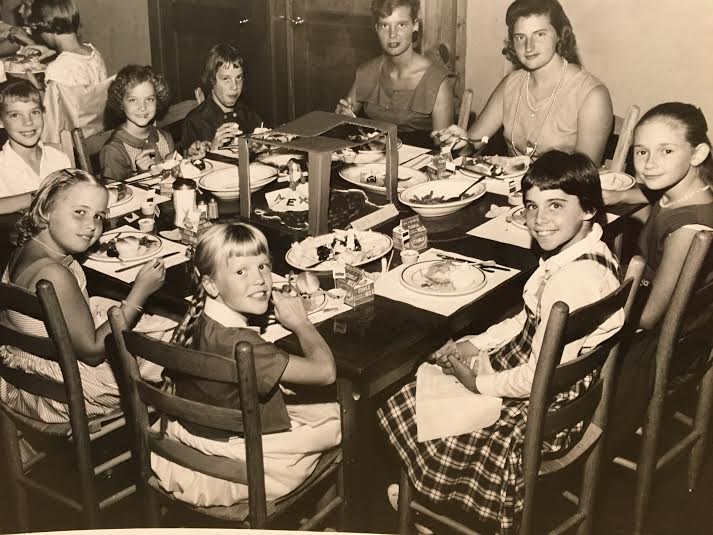 We are very happy to have Brantley Gasaway writing for The Way of Improvement Leads Home from the annual meeting of the American Historical Association.  In this report, Gasaway reflects on a session at the American Society of Church History, a historical organization that meets at the same time as the AHA.  Gasaway is an Associate Professor in the Department of Religious Studies at Bucknell University. He is the author of Progressive Evangelicals and the Pursuit of Social Justice.  Enjoy! –JF

As almost every observer knows, modern evangelicals have created countless parachurch ministries. Working “beside the church” and most often independent of ecclesiastical control, parachurch ministries focus either on a specific group (such as college students or military members) or on a particular issue (such as education or medical needs). In fact, one could argue, parachurch organizations have provided much of the vitality and institutionalization of the evangelical movement, as they draw together Christians from across different denominational traditions for common evangelistic, social, or political causes.

During a Friday morning session of the American Society of Church History—“American Evangelical ‘Niche’ Ministries and Religious Negotiation of the Postwar Era”—several early career scholars analyzed the ways in which respective parachurch groups both reflected and responded to broader cultural and political debates from the 1940s to 1970s.

Aaron Griffith, a Ph.D. candidate at Duke University, began with a paper entitled “’Free on the Inside’: Evangelical Prison Ministry in the Age of Law and Order.” Through the 1960s, prison ministries were mostly run by liberal Protestant chaplains dedicated to reforming and rehabilitating inmates based upon the latest social scientific insights. In the late 1960s and early 1970s, however, evangelicals’ increasing interest in prisoners’ spiritual needs led to an explosion of new ministry initiatives. (Yes, they realized they had a captive audience.) During those years, evangelical leaders vocally supported calls for “law and order” made by conservative politicians such as Ronald Reagan and Richard Nixon. Despite endorsing harsher and longer penalties, evangelicals believed they were best helping prisoners through ministries by focusing on spiritual conversions and salvation—the true, ultimate need of inmates that they accused liberal chaplains of neglecting. This conviction reflected most evangelicals’ individualistic and spiritualized approach to social reform, in which the aggregate of personal religious transformations would lead to true social change. Thus even as evangelicals told prisoners to seek pardon from God, Griffith quipped, they helped to ensure that prison gates remained long locked. The paper concluded by describing how evangelical prison ministries began to change under the influence of Chuck Colson. After his own incarceration for crimes committed during the Watergate scandal, Colson founded Prison Fellowship and began to urge fellow evangelicals to support criminal justice reforms. Griffith argued that Colson’s dual emphasis on prison reform and inmates’ spiritual needs was part of most evangelicals’ broader embrace of “compassionate conservatism” at the end of the twentieth century. 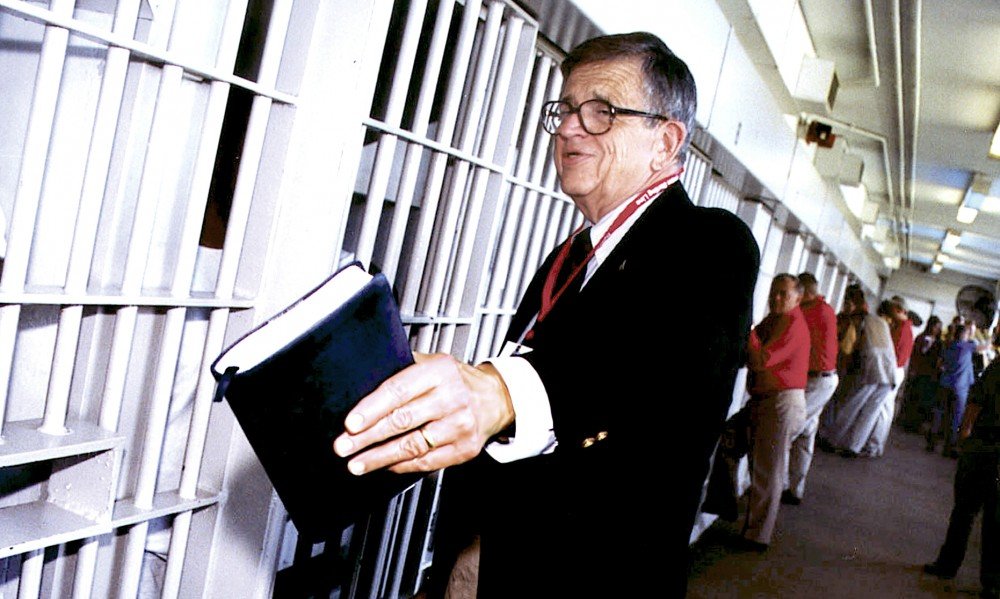 Rebecca A. Koerselman, assistant professor of history at Northwestern College, presented “Piety, Pageants and Playing Indian: Gendered Identity at Summer Camps in the Postwar Era.” In her paper, Koerselman compared the distinctive goals and activities of two Southern Baptist-affiliated camps in North Carolina—Ridgecrest for boys and Crestridge for girls—in the 1940s and 1950s. Organizers designed these camps primarily to encourage the faith and character development of children from Christian families rather than for evangelistic purposes. At their respective camps, both the boys and girls participated in a wide range of similar athletic, outdoor, and musical activities. Yet, Koerselman argued, the camps differed in ways that reflected divergent gender expectations. The promotional literature and daily activities of Camp Ridgecrest for boys displayed less attention to specific religious training than to nurturing masculine characteristics of strength and leadership. In particular, directors used Native American motifs and lore at “Council Rings” to promote these and other masculine ideals. At Camp Crestridge for girls, however, the religious language and purpose appeared much more explicitly and more often. In addition, organizers placed significant emphasis on the feminine ideal of purity. Rather than employing Native American imagery, camp directors constructed a “Council of Progress” with ranks that mixed beauty pageant concepts (the most outstanding camper was crowned “Queen-Crester,” and “Belle” was the highest level) with colonial themes (other ranks were “Trekker,” “Explorer,” “Pioneer,” and “Pilgrim”). Camp Crestridge did train girls for leadership positions, Koerselman noted, but only for positions deemed suitable for females such as Sunday school teachers. Ultimately, she argued, these summer camps served as agents for inculcating the social ideals of masculinity and femininity as imagined and promoted by mid-twentieth century evangelicals. 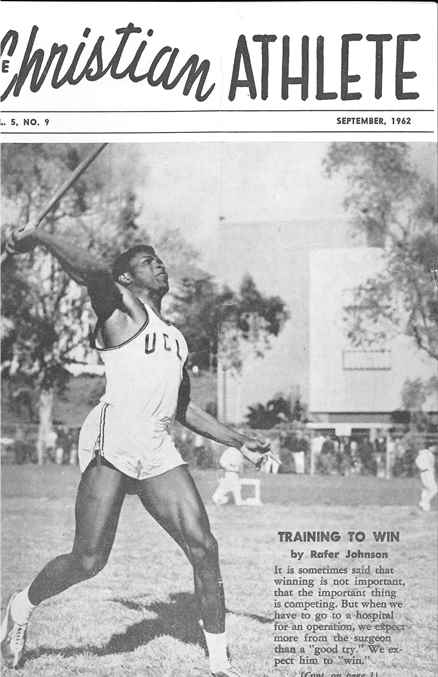 Paul Emory Putz, a doctoral candidate at Baylor University, presented the final paper—“Evangelical Sports Ministries and the Black Athlete in the Long 1960s”—that drew from his larger dissertation research regarding the Fellowship of Christian Athletes (FCA). FCA was founded in the mid-twentieth century by middlebrow mainline Protestants who were committed to racial integration. Yet FCA leaders responded hesitantly to the rise black student-athlete activism at a number of college campuses in the late 1960s. Rather than support demands for systemic and legislative changes to dismantle institutionalized racism, FCA continued to defend its own focus on individual character development through combining sports and Christianity. Though sensitive to protestors, leaders merely highlighted FCA’s history of racial inclusiveness and the experiences of its minority black members. Yet by believing that this ministry approach would alleviate racial injustice and even heal cultural divides, Putz argued, FCA maintained the privilege and power of its white Christian leaders while alienating more liberal and black constituencies. Indeed, he concluded, these responses to black athlete protests helped move FCA farther away from its mainline roots and closer to the evangelical movement.

Neil J. Young, author of We Gather Together: The Religious Right and the Problem of Interfaith Politics (Oxford, 2015), offered insightful responses to each paper. Recognizing the time and space limitations of a conference paper, Young offered useful suggestions and posed thoughtful questions to each participant regarding how additional sources and perspectives might enhance their respective analyses. For example, he asked Koerselman how families and the children themselves understood their experiences at Ridgecrest or Crestridge. Are there examples, Young questioned Putz, of the testimonies of black FCA members who criticized the organization’s response to their or other students’ activism? Finally, Young asked Griffith, what role did theology play in the division between “law and order” prison ministries and those like Prison Fellowship that began to endorse criminal justice reform—and how did sensitivity to issues of race (or lack thereof) influence these differences?

Operating on a smaller scale than larger institutions and religious denominations, parachurch ministries like these illustrate the ways in which evangelicals’ theological frameworks intersect with their particular historical contexts and questions. As such, they offer useful case studies in thinking about how different groups of evangelicals negotiate cultural challenges and changes. An excellent model for this type of analysis is John G. Turner’s book Bill Bright and Campus Crusade for Christ: the Renewal of Evangelicalism in Postwar America. “It is difficult to overstate the significance of parachurch organizations in contemporary American evangelicalism,” Turner writes, “as they structure and direct billions of evangelical dollars toward humanitarianism, political advocacy, and evangelism.” Turner’s book skillfully uses the history of Campus Crusade (now CRU) to examine prominent (though not uncontested) evangelical attitudes towards higher education, politics, and gender roles. I hope that one day we will see in print how Griffith, Koerselman, and Putz continue to develop their own investigations of evangelical “niche” ministries.