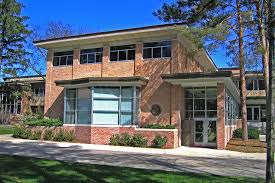 If you are in the Grand Rapids, Michigan area stop by on Wednesday and say hello:

“The Court Evangelicals: Who Are Donald Trump’s Evangelical Advisers and Where Did They Come From?”

Since the election of Donald Trump, a group of leaders from a variety of evangelical traditions have served as advisers to the President on matters of faith and public life. John Fea has called these advisers Trump’s “court evangelicals.” Like the religious members of the king’s court during the late Middle Ages and Renaissance, Trump’s court evangelicals seek power and worldly approval by flattering the “king” rather than speaking truth to power. Who are these court evangelicals? Do they have a political theology? What are the historical forces behind their “unprecedented access” to the Trump White House? This lecture will situate these religious leaders in a longer history of evangelical political engagement.

John Fea is Professor of American History and Chair of the History Department at Messiah College in Grantham, Pennsylvania, where he has taught since 2002.

His first book, The Way of Improvement Leads Home: Philip Vickers Fithian and the Rural Enlightenment in Early America (University of Pennsylvania Press, 2008), was chosen as the Book of the Year by the New Jersey Academic Alliance and an Honor Book by the New Jersey Council for the Humanities. His book Was America Founded as a Christian Nation: A Historical Introduction (Westminster/John Knox Press, 2011) was one of three finalists for the George Washington Book Prize, one of the largest literary prizes in the United States. It was also selected as the Foreword Reviews/INDIEFAB religion book of the year.

John is also co-editor (with Jay Green and Eric Miller) of  Confessing History: Explorations in Christian Faith and the Historian’s Vocation. (University of Notre Dame Press, 2010), a finalist for the Lilly Fellows Program in Arts and Humanities Book Award.  His book Why Study History?: Reflecting on the Importance of the Past was published in 2013 with Baker Academic. John’s book The Bible Cause: A History of the American Bible Society appeared in March 2016 with Oxford University Press.

Co-sponsored by the Henry Institute for the Study of Christianity and Politics. This talk is part of monthly history colloquia series. These lectures are open to the Calvin community – students, faculty, staff, alumni and friends – and all are welcomed and encouraged to attend. Come early to enjoy refreshments and conversation, and feel free to ask questions or join the discussion at the end.