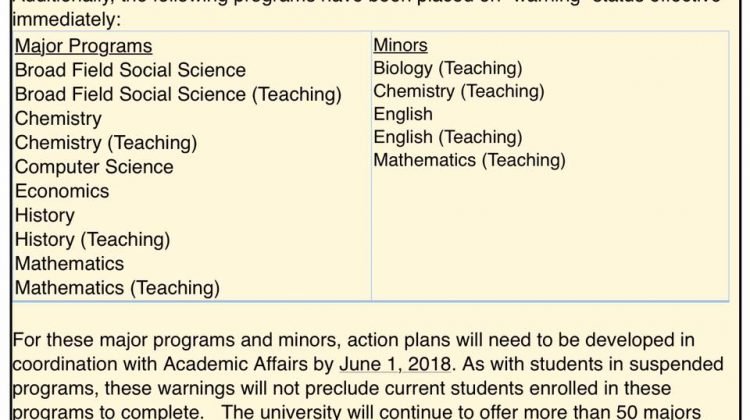 This decree from the administration of the University of Wisconsin-Superior has been making the rounds today: 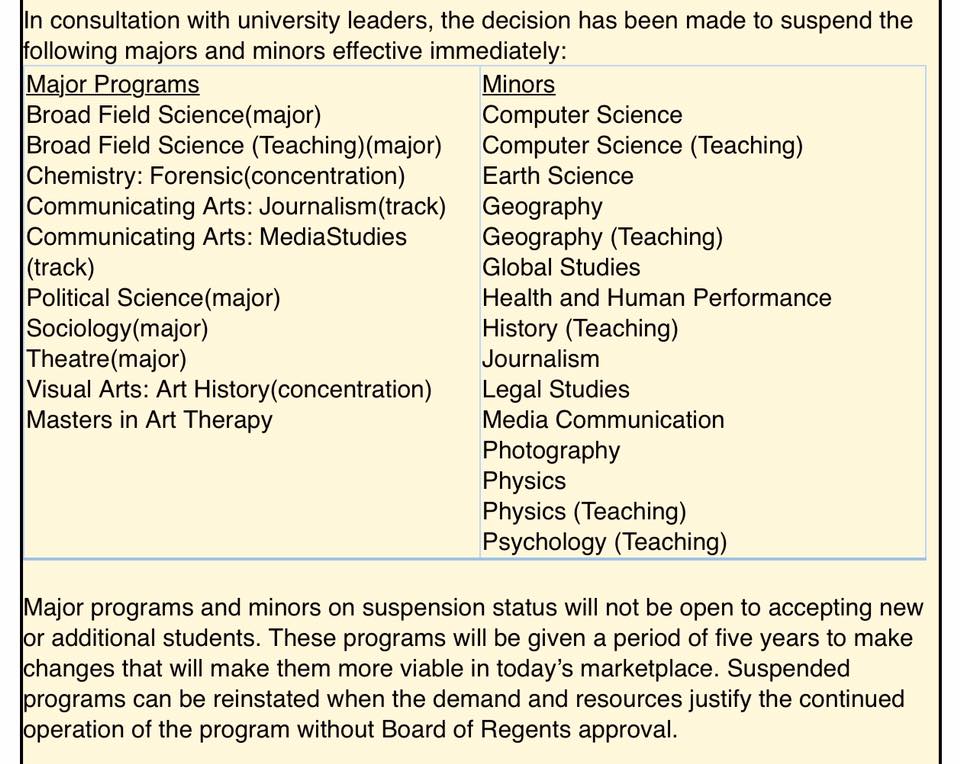 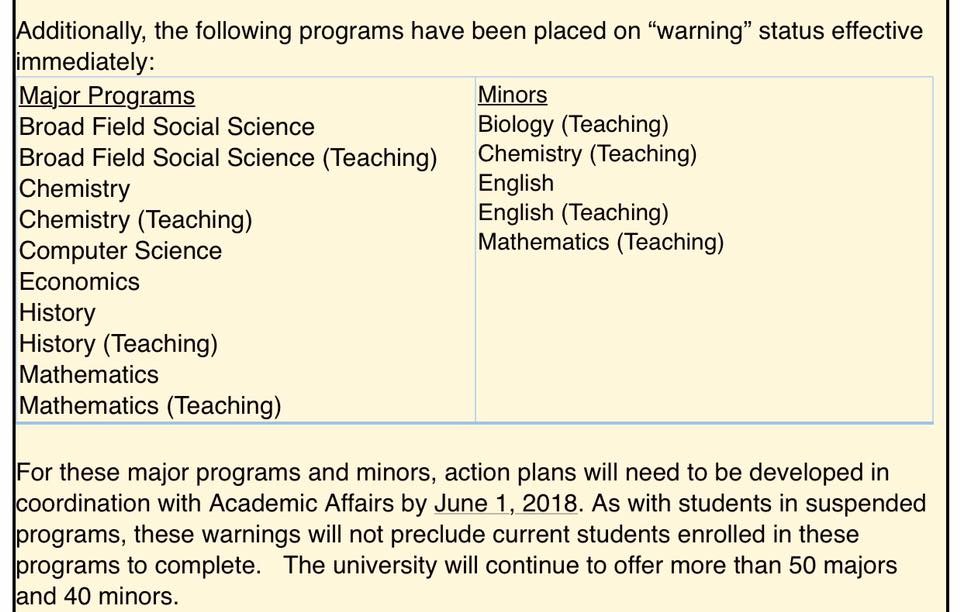 How can you claim to be a college without programs in Math, History, Economics, Chemistry, Social Science, Politics, Sociology, and Visual Arts?  Is the University of Wisconsin-Superior now appears to be little more than a professional school.

The University of Wisconsin-Superior announced Tuesday it’s suspending 25 programs, including 9 majors, 15 minors and one graduate program. The university has now suspended 40 programs since 2014. The announcement surprised faculty, some of whom said they were unaware their programs were at risk.

Jordan Milan, director of strategic communications at UW-Superior, said administration held several meetings over the last month in which leadership decided to suspend programs due in part to the low number of students enrolled in those majors and minors.

“It will allow us to offer more sections in programs that are very popular, so it just frees up those resources to put them where they’re needed most,” she said.

Campus enrollment is up 3 percent this year, and Milan said there are no plans to layoff any faculty with the changes. Students will be able to finish their degrees in the suspended programs, but no new students will be enrolled.